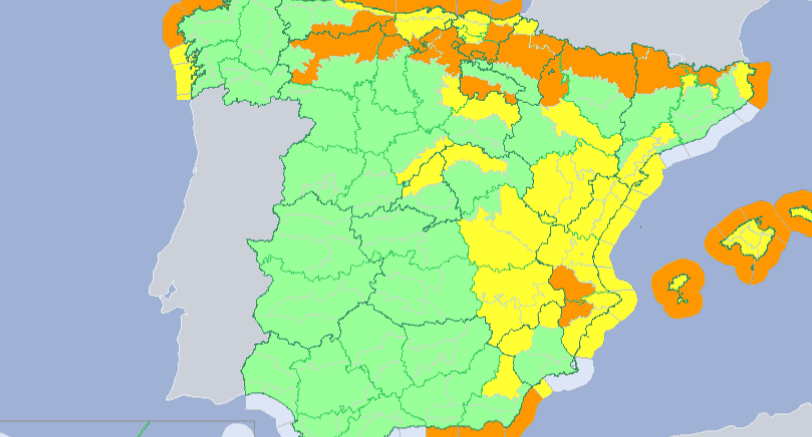 The temperature drop will continue tomorrow with yellow warnings for snow in Granada and warnings of low temperatures in Cordoba and Alicante.

Madrid, Castilla y Leon, Asturias and other northern regions are also on alert for snow from tomorrow.

On Wednesday, the Granada and Almeria coastlines are set to be battered by strong waves and tides, with an orange alert issued.

Meanwhile Navarra, Leon and Catalunya are on orange alert for snowfall.

A cold Atlantic front is believed to be behind the mercury drop.

The cold is set to retreat on Friday.