A further 11 new villages have been added to the list of the most beautiful in Spain.

The list is created by the Asociación de Los Pueblos Más Bonitos De España (Association of the Most Beautiful Villages in Spain) to celebrate and create awareness of some of the more beautiful but under-visited spots in the country.

See the new villages below and be sure to add them to your getaway list for 2019.

Based in Cádiz, this quaint town is famous for its troglodyte dwellings built into rock overhangs above the Río Guadalporcún. According to the 2005 census, the city has a population of just 3,016.

The town extends along the course of the Rio Trejo with some houses being built into the rock walls of the gorge itself, created by enlarging natural caves or overhangs and adding an external wall.

Nestled in the heart of the Castille y León region, this once unassuming town has been thrust into the limelight after making it onto this year’s list.

Boasting 15th century gothic churches and buildings, the quaint village is the smallest to receive the accolade of ‘most beautiful’ and, with just 152 inhabitants, one of the least populated pueblos in the country. 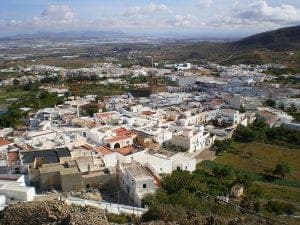 This Moorish wonder is steeped in history and sits between the Sierra Alhamilla and south-east coastline of Almeria. Its sea of white houses and churches make it one of the most picturesque.

It’s also renowned for its pottery, ceramics and textiles and sits in a stunning natural enclave, right on the edge of the Cabo de Gata Natural Park.

This village, dating back to the medieval period, is the smallest in Spain to have a cathedral. Destroyed in the late 10th century, the holy building was rebuilt between 1053 and 1067 and continued to be remodelled in the 12th century. Today its old refectory has been turned into the restaurant of the hostel that is now located there. 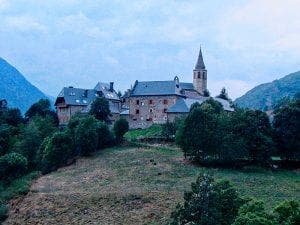 Bagergue is first mentioned in documents dating back to the early 14th century when its people swore allegiance to the King of Aragon, however it is much older. Perched high in Catalunya’s Aran Valley at 1,419 m altitude, its parish church of Sant Fèlix dates back to the second century.

The sanctuary of Santa Margarita de Bagergue, one kilometer north of the town, is another sight to behold. 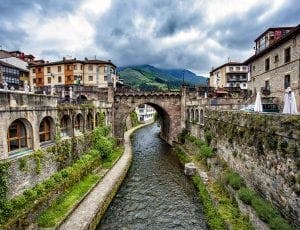 This colourful town is located in the centre  of the Liebana region in Cantabria.

It sits at the confluence of four valleys with bridges and gorgeous views adding to its charm.

Its rainbow-coloured homes and buildings are complemented by its Mediterranean climate and walnut and poplar trees. Earthy orujo grape brandy is a local speciality produced by its valley. 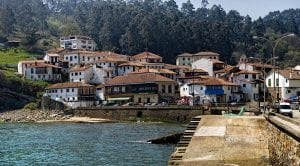 Tazones is a beautiful Asturian village set just metres from the sea.The small fishing village, made up of close knit and typically Spanish homes, is wrapped in charm.

Once a well-known whaling port, the pueblo clings to the side of the mountains, surrounded by pine trees and eucalyptus. A walk through its network of cobbled streets reveals quaint low-level houses decorated with brightly-painted balconies and windows.

This idyllic village in Extremadura is a heritage treasure with one of the best-preserved historic quarters in Spain. Streams run down the centre of the streets and the roofs of the houses practically touch.

Just 15km from Portugal’s border, only 800 inhabitants live here today and speak a dialect no visitor will recognise – Fala – quite different to Spanish and Portuguese though closer to the latter.

At 1,182 m above sea level, as its name suggests it’s the highest of the Seven Villages of La Rioja. The old quarter is crammed with romantic old buildings dating back to the 17th century but today only 50 local residents remain to appreciate them. However it’s location puts it right on the tourist route for wine lovers. It’s also close to several Unesco World Heritage sites including Atapuerca, the earliest human settlement in Europe. 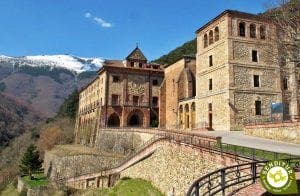 Five kilometres away from its twin sister lower down the valley but with double the inhabitants, the village is a collage of sepia stonework and terracotta tiles. Famous landmarks including the monument to the Sacred Heart of Jesus, located at the top of Mount Turza, a 16th century church and historic La Soledad hermitage. Set in farming country, the fresh river trout and wild boar are perfect accompaniments for a glass of the region’s world-famous wine. 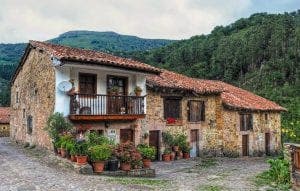 Nestled in the leafy municipality of Cantabria – aka Cabuerniga – Carmona has been declared an official Historical-Artistic Site thanks to its typical mountain houses which give it its traditional aesthetic.

It sits on the picturesque Nansa River and is surrounded by bright green valleys, making it a top contender for Spain’s ‘most beautiful’ list.

Five arrested for allegedly stealing 4,000 kilos of oranges in cars in Sevilla

Kimberley Mannion - 29 Jun, 2022 @ 18:00
THE Costa del Sol attracts tens of millions of tourists each year, both domestic and foreign, who are drawn to its beach resorts and...