In a game where Republic of Ireland showed their class, Gibraltar held their own until the last minute.

The first Euro 2020 qualifier for both sides kicked off at the Victoria Stadium with Gibraltar playing against an Eire side under Mick McCarthy.

With the Levante wind blowing strongly Ireland seemed nervous at the start. There was a claim for handball followed by a free-kick by Liam Walker that flew just over, all within the first five minutes.

Republic of Ireland slowly got their composure and the game settled down into more of a midfield battle.

Over 700 of their fans packed the east stand, making much more noise than the Gibraltarians. And they responded in kind, getting the better chances in the first half while Gibraltar defended stoutly with 11 men behind the ball.

On 27 minutes Goldwin made an amazing point-blank save to prevent McGuire grabbing the lead.

It led to a period of resurgence for the home side who were able to get out of their half for once. Striker TJ De Barr – who only this week signed for Real Oviedo – was in especially bright form.

However, it was not to last as Eire had a few more narrow misses before the break.

At the restart Gibraltar came really close to scoring when a header from a corner was just palmed behind by Darren Randolph. Almost immediately afterwards, Ireland responded. After a strong run down the left wing, Jeff Hendrick slotted calmly into the bottom corner from the pull-back.

Ireland might have taken a deserved lead but for a change Gibraltar did not collapse. Lee Casciaro came close to an equaliser in the 63rd minute and his teammates kept the visitors at bay for most of the half.

Some great skill from both Joseph Chipolina and Walker emphasized this point. Gibraltar might have lost but they left the pitch with their pride intact.

At the end of the game Eire manager McCarthy called Gibraltar “brilliant” considering it was not an easy feat to beat them. “It was all set up for an upset so I will take the 1-0 win,” he added.

Gibraltar boss Julio Ribas said he was “proud” of his boys and the progress they had made. He said he was looking forward to the friendly against Estonia “so that the team can keep on growing”. 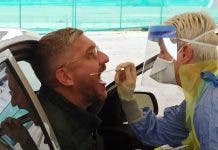 CORONAVIRUS: Still a low number of confirmed cases in Gibraltar for now 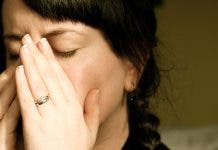 CORONAVIRUS: The four signs that you to look out for in Gibraltar