A SENIOR government press officer has been forced to resign after he faced charges of helping to cook up false claims against Spain’s left wing political leader Pablo Iglesias.

The former editor of Interviu magazine, Alberto Pozas, 59, has been accused of helping to trash the reputation of the Podemos leader, with claims that both Iran and Venezuela funded his party.

It came after he admitted to a judge in Madrid that he had handled a pen-drive, which was full of personal information on Iglesias.

Much of the information – which appeared in his magazine in 2018 – was acquired after one of Iglesias’ assistant’s had her phone stolen in 2016.

One of the allegations, followed up by the national media, showed that Venezuela’s communist Maduro government paid Podemos leader Pablo Iglesias $272,000 through a bank in the Grenadines.

However it has since emerged that a bank statement had been rigged using online screenshots, and the names of various Venezuelan departments.

Villarejo – a shady figure who oversaw the ‘cesspit of the Spanish state’ under the PP party – amassed millions of euros, dozens of gold bars and hundreds of properties around Spain during his 20 years as the head of the Policia Nacional.

He oversaw a group – dubbed the ‘Patriotic Brigade’ – who were allegedly tasked under former PP leader Mariano Rajoy’s government of finding, or fabricating, evidence against political opponents.

Villarejo is also linked to the ‘Operation Kitchen’ papers, which were stolen from former PP treasurer Luis Barcenas and showed how PM Rajoy had been closely involved in wide-scale corruption and fraud. 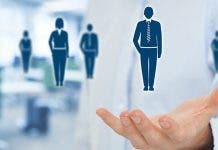