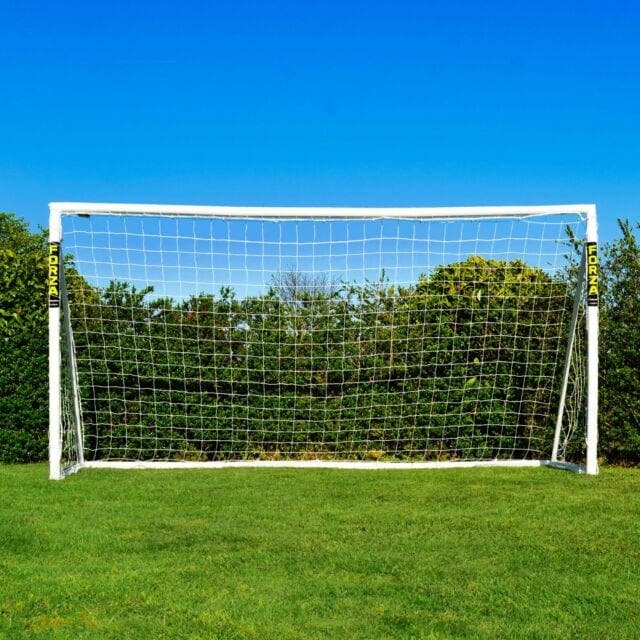 A BRITISH expat has had his bank account embargoed after putting up a standard football goal in his garden.

The business owner, in his 40s, received a letter from Javea Town Hall saying he had an outstanding debt of €12 added to his local property tax (IBI) for owning a ‘sports facility’.

But the father-of-one, who asked not to be named, failed to pay the tax, leading the Town Hall to embargo his account over the bill.

When contacted this week the expat told the Olive Press his goal ‘must have been spotted on Google Maps’.

“It’s ridiculous and incredibly it’s true,” he confirmed, after publishing his complaint on social media.

A spokeswoman for Javea Town Hall told the Olive Press: “The Spanish Tax Agency has been clamping down on homeowners who neglect to register sports facilities, which increase IBI payments.

“Last year they focused on the Javea area.”

She added that ‘sports facilities’ included pools and other installations and that inspections were made via both Google Maps and even by drone.

She confirmed that ‘hundreds’ of people in Javea had not applied for licences before building such facilities in their gardens, and were also fined €60.

For those who neglected to pay the fine, an extra €12 was added on this year, before bank accounts were finally embargoed.

“It’s ridiculous though to be fined over a football goal,” she admitted, urging the person in question to complain to the Gerencia Territorial del Catastro in Alicante.