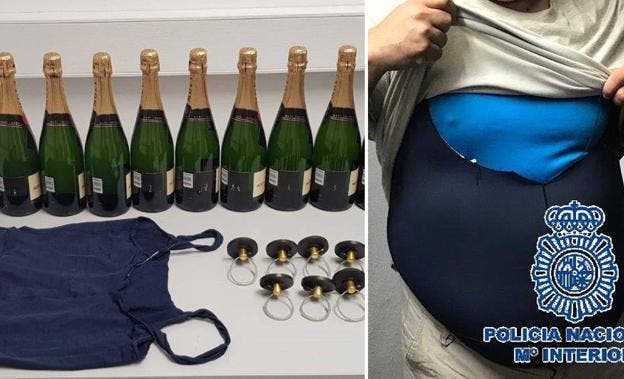 TWO brothers have been arrested after trying to nick 11 champagne bottles from a supermarket.

The Romanian pair, aged 41 and 42, attempted to hide the bottles in a cycling suit worn by one of the men under a jacket.

The men thought they had gotten away with it after removing the security tags from each bottle before stuffing them down the cycling top while in a hypermarket in Fuengirola at around 2.30pm on June 12.

However they were being watched all along on video surveillance cameras by security guards.

One of the brothers was seen removing the alarm tags from the bottles – collectively worth €400 – by using a large magnet and a sharp object.

He then placed them in a trolley being pushed by his sibling, who was then seen stuffing them down his top.

Policia Nacional arrested the pair on site after being alerted by the guards.