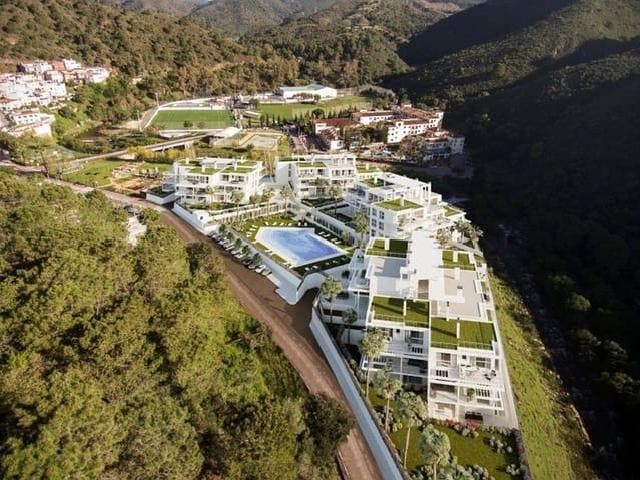 THE first building project in Benahavis village for more than a decade has proven a hit with more than half of its units already sold.

And it’s made an impression on one very famous British businessman.

“I can’t reveal who but he is very well known in the UK,” revealed Propertiespain CEO Scott Marshall.

It comes after the Olive Press revealed a Premier League football star had also bought into the complex last year.

“It’s no secret that there has long been a high demand in Benahavis,” added Marshall, “And these homes perfect to live in all year round but can also make a great investment as rentals.”

They have attracted buyers from around the world, but one nationality continues to lead the way.

“The Brits remain the main buyer but we have sold to the Swedish, Norwegians, Russians, Belgians, Dutch and even Estonian,” said Marshall.

“These are high-spec apartments with open plan kitchens, underfloor heating  in bathrooms and huge double-glazed windows.”

Dragados, the firm building the homes, is one of the most popular and well-respected in the country, while Quabit, behind the construction, is a stock exchange-listed company and one of Spain’s most trusted developers.

The 75 apartments all come with parking and storage space included in the  price and there is a  communal pool for residents.

Construction will be completed between the end of 2019 and January 2020.