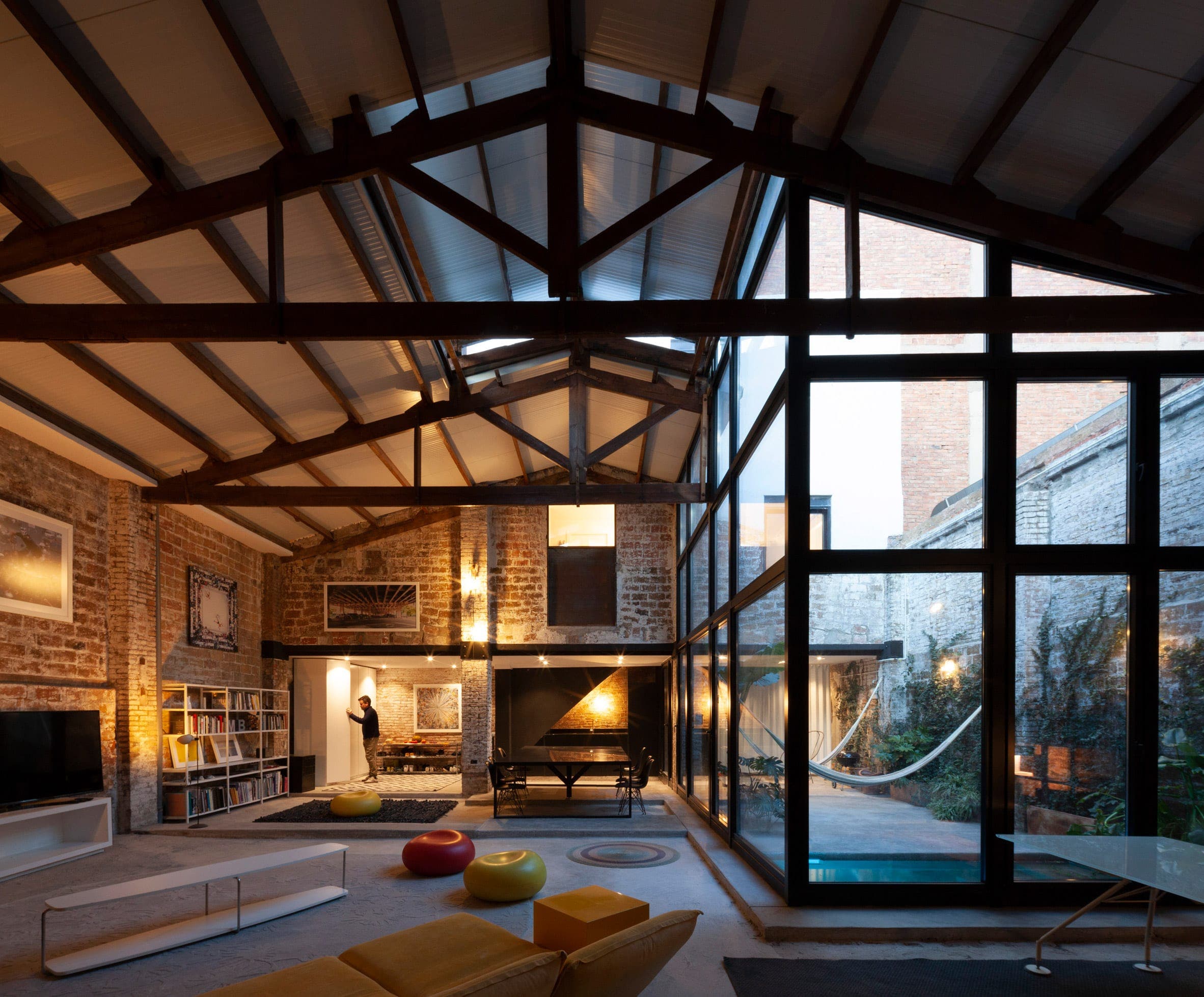 A CURTAIN-RAISING design has transformed a 19th-century Barcelona theatre into a stylish contemporary home guaranteed to get rave reviews from buyers.

Aged brick walls and ceiling beams set the scene, hinting at the dramatic history of The Theatre House a short walk from iconic Avinguda Diagonal, one of the city’s main thoroughfares offering ‘best seats in the house’.

Barcelona studio Cadaval & Sola-Morales are the whodunnits taking curtain calls for this theatrical thriller, which has seen the playhouse transformed into two individual work studios with lofty living space.

“The project aims to recover and capitalise on the constructive values of the old theatre, expose its tectonic essences and exploit the amplitude that gives great height to its large diaphanous central space,” explained architect Eduardo Cadaval.

The studios flank an indoor car parking space, allowing the owner to display a classic car ‘like a sculpture.’

“It’s a piece of art in direct relationship with the central space of the house,” he added

Sleeping quarters are at the back of the house, with two bedrooms on the first floor and a third bedroom on the second, with its own terrace.

Cadaval said: “The idea was to build without affecting the existing; understanding that, over time, the theatre will surely have another use and another life.”