SPAIN and Gibraltar are to feature on Hull City’s run of pre-season friendly matches.

The Championship club are in action tonight at 7:30pm against League Two side Leyton Orient.

The La Quinta Football Fields in Malaga host the Tigers and the O’s, after the venue was changed from the Marbella Football Centre in San Pedro.

Entry to the match in the stunning valley is just €3, payable on the gate, and the ground is easily accessible from San Pedro.

Hull are organising a fan event at the La Cala Hotel, with a coach leaving the Palacio de Congresos at 7pm, returning at 10pm.

New head coach of the Yorkshire side, former Doncaster boss Grant McCann, will face a tough task, as he has a depleted squad to pick from.

One of those likely to start is free agent Ryan Tafazolli, who worked with McCann at Peterborough, and has made the trip to Marbella.

Orient are also organising transport, asking for €10 to cover coach travel, and those interested should contact Danny Macklin at d.macklin@leytonorient.net. 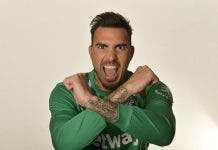 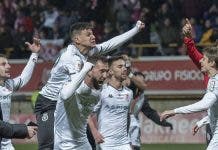