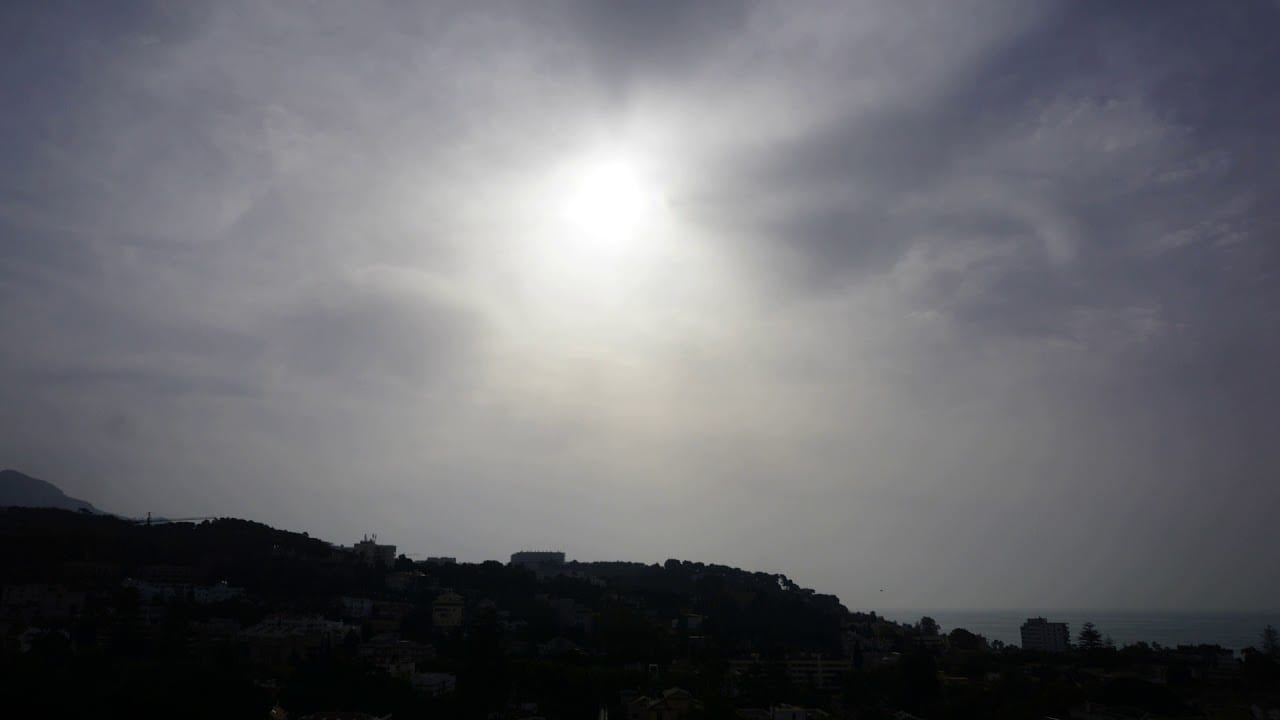 RESIDENTS across Spain will have noticed a sharp rise in temperatures today as some 33 provinces were put on orange and yellow alert by weather agency AEMET.

But the Costa del Sol was also met with a phenomenon known as calima.

Calima sees a large mass of hot air from Africa pick up dust from the Sahara desert which causes an overcast effect in the sky.

The grey blanket, accompanied by hot winds, will last until at least Saturday and will be accompanied by small isolated storms and potential spots of rain.

Calima causes the sky to retain billions of extremely small and dry particles invisible to the naked eye.

This gives it the grey murky appearance which arrived above the costa this morning.

Tomorrow will see soft warm winds and temperatures in Malaga province will reach highs of 35C.

José Luis Escudero, an expert in meteorology in the province, told Diario Sur: “There can be a notable difference in temperature from one area to another in the capital.”

This is due to the effect of the Dana, another climatic phenomenon caused by the collision of a cold air stream and the warm Mediterranean wind.

He also warned that early tomorrow morning could see dry storms in some areas of Granada and east and inland ??Malaga.