A TOTAL of 19 black flags have been doled out to the Costa del Sol’s ‘worst’ beaches.

The Axarquia has the most banderas negras, with five, while Malaga City has four, Estepona and Mijas three, Manilva two, and Fuengirola and Marbella one each.

The unwanted awards were this year most commonly bestowed for insufficient water treatment works, as well as for overbuilding, industrial conditions, port and cruise activity, coastal regression and litter.

The Balearic Islands was the region with the highest proportion of blag flag beaches, at 78.9%.

But Spain’s southernmost region does have one of Spain’s worst beaches, in Almeria province.

Playa Algarrobico was given its black flag for the second year running after the illegal construction of the 21-floor Hotel Algarrobico.

The City Council of Carboneras are now forced to tear down the 500-room beachfront monstrosity, which is only half-built, following a Supreme Court ruling.

“This study aims to make a diagnosis of the health of our coasts, in which we warn each year of the deterioration they suffer, due largely, though not exclusively, to the actions of the tourist-real estate industry,” said Clara Megias the report coordinator. 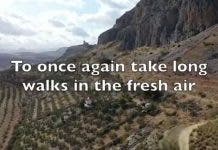 EXCLUSIVE: Former Scotland Yard detective, Peter Bleksley, talks to the Olive Press about his hunt for Kevin Parle in...