ANTI-tourism group Arran have struck again targeting a rental car on the streets of Palma with graffiti.

The vandals spray painted the side of vehicle with their motto, ‘neighbours vs tourists’ in large red letters.

A crane had to remove the car from calle Pablo Iglesias having the catalan independence group punctured its tyres and smashed the bonnet.

It comes after Arran scrawled ‘out of the neighborhood hotels’ on the front of Canavall, a boutique hotel in the city’s old town.

The area of Sant Jaume has also seen a campaign of fly-posting with stickers with the message ‘tourism kills the city and a skull with selfie sticks emblem.

Javier Vich, the President of the Hotel Association of Palma has lamented the impact of ‘xenophobic graffiti’ on hotel customers who ‘felt unsafe.’

The association has asked residents not to confuse the vandalism with ‘urban art’ and demanded that the authorities take firm action.

Tourism the the ‘economic engine’ of Palma and these acts attack both the ‘city and the people who visit’ the group added.

Arran campaign against mass tourism and what they see as the problems its creates such as Mallorca’s housing crisis.

Alongside graffiti tags the group have also been known to pelt holiday buses with eggs, and violently storm restaurants and squares with smoke bombs. 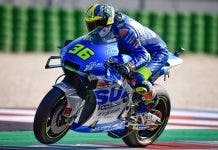