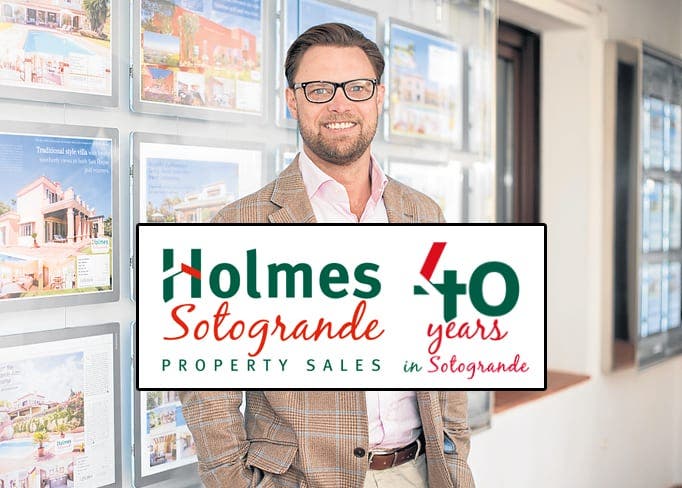 WHO would have thought the weather would have been one of the main reasons the property market has been a bit up and down over the last nine months?

But that is exactly how boss of Holmes Sotogrande, Ben Bateman, explains the peaks and troughs he has seen in the upmarket enclave of Sotogrande since last summer.

While 2018 was the company’s best year since the beginning of the recession in 2008 it was very much a year of two halves, with half the year being very strong and half being very weak.

“It’s been a fairly tough nine months,” he explains. “April to June last year was quiet, largely due to the excellent weather in northern Europe and relatively poor weather here.

“It meant few people came over for those long bank holiday weekends to double as golf and property-hunting trips.”

This then led into a summer of plenty of leads and buyers, as is often the case, which thankfully continued into a record autumn, but again the same weather scenario in autumn meant that the last quarter of 2018 was also disappointing.

It meant, once again, fair weather visitors had no reason to take a short trip south for a spot of sunshine and house hunting.

Luckily a record spring with loads of people over house hunting has improved our outlook for the year and we feel confident of a strong showing through the summer and the later half of the year.

Ben’s take is that people were holding back and waiting to see what happened with Brexit, which was set for March 29.

“But when it became clear there was not going to be a deal and there was another extension and the press stopped going on about Brexit, the mood completely changed,” he says.

“Potential buyers were finally of the thinking, ‘sod Brexit we need to get on with our lives, whether it is soft Brexit, hard Brexit or no Brexit’.

“Since then it has been fantastic and there are loads of good healthy buyers… and the decision-making is shall we buy a €500,000 apartment or a €1m villa.”

He continues: “If we get good autumn weather it could be a record year.”

He is also keen to stress that Sotogrande continues to move upmarket in terms of its high end quality lifestyle and is increasingly competing with the top resorts, such as La Zagaleta, near Marbella.

“It’s much nicer here and there are plenty of €3m homes now being sold.

“Basically it is a completely different scene. Sotogrande is a family orientated destination, it is not a place where people come ‘trophy’ hunting (ED: unless they are polo trophies, surely Ben?).”

He continues: “This is a fabulous place for families and there are now over 1,000 pupils at the excellent private school, our rugby club is growing with over 300 kids signed up and the under 16s winning the Andalucian championships this year.

“Our star is rising and I expect it to continue doing so for the next few decades,” he adds.