MAN-OF-THE-MATCH Marc Gasol has lead Spain into its second ever Basketball World Cup final, with a 95-88 victory over Australia in China.

A dramatic 71-71 draw in regulation time saw Sergio Scariolo’s men force the Boomers into five minutes of overtime, before the sides drew again to make it 80-80.

The Aussies couldn’t last though as Spain took the game to them in the second additional period of five minutes, with Gasol making all the difference.

The Barcelona-born centre stepped up his game in the second half to reach 33 points for the match after having only four at half time, according to the Guardian.

Meanwhile, Australia’s Patty Mills finished with a game-high of 34 points.

Spain will now bid to win their second-ever title, taking on the winner of the Argentina-France semifinal, which is to be played later today.

The gold-medal match will be played in Beijing’s Wukesong Sport Arena on Sunday at 2pm. 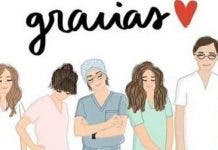 Joshua Parfitt - 1 Apr, 2020 @ 14:32
IMPERIAL College London has published a report estimating that lockdown measures in Spain have saved the lives of 16,000 people.