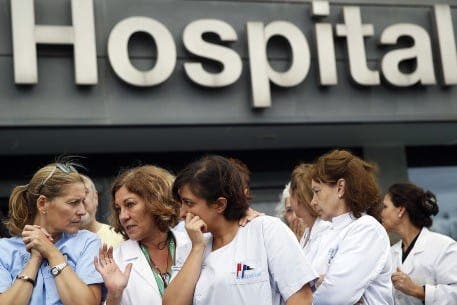 A NURSING union has called for better hospital security after a nurse was attacked in the waiting area of the Hospital Clinico in Malaga at the weekend.

The Satse union said nurses experience ‘constant verbal and physical’ attacks and that the latest incident saw the affected health worker having to quit due to the physical and psychological damage caused.

The nurse was shouted at by a psychiatric patient in the emergency waiting room before he attacked her, punching and kicking her.

“Again, health personnel face situations of risk of such magnitude that they jeopardise the physical and psychic integrity of professionals,” said Satse.

The union recalled that Law 55/2003 recognises the right of all professionals ‘to receive assistance and protection from Public Administrations and Services of Health in the exercise of their profession or in the performance of their duties.’

The Satse publicly condemned ‘this new episode of violence suffered and reiterates the request to the hospital to take all possible measures to improve the safety of its professionals.’

It also asked citizens to ‘maintain the respect that health professionals deserve’.

Jack Gaioni (Columnist) - 12 Aug, 2022 @ 17:20
‘I drink beer when I have occasion …and sometimes when I have no occasion’ - Jack Gaioni agrees with Miguel de Cervantes