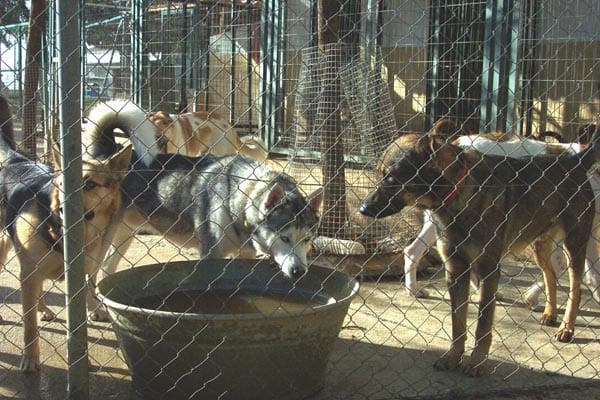 MUCH-loved animal shelter Triple A has slammed a recent court order which contained a slew of allegations as ‘unjust’.

In a Facebook statement, the charity claimed the allegations are part of a ‘malicious campaign’ orchestrated ‘years before’, and that it is committed to proving the accused are innocent.

It comes after an investigative judge in Marbella issued a court order on September 18.

In the document, seen by Diario Sur, the judge wrote that he believes there is enough evidence to continue investigating the charity for alleged crimes of animal abuse, misappropriation of funds and more.

The alleged crimes of the former president and other staff include putting down animals for profits over a period of five years and re-homing animals off the books.

But Triple A hit back at the claims, saying it would do its ‘utmost to prove to the Court that the facts are not true and the persons investigated are innocent.’

“As you are aware, in 2016 legal proceedings were initiated against some members of the Triple A Association,” it said.

“Despite this, and with great determination, we have not stopped working and helping the animals for a single day.

“We have welcomed and cared for all the animals that both Seprona and Marbella’s Department of Health have placed at our facilities, there have been many over these years.”

It added: “What began as something exaggerated and magnified out of all proportion and supported by a malicious campaign in the media, supposedly orchestrated intentionally years before as if we were terrorists, now begins to lose strength and credibility: In the COURT ORDER (note it is not a JUDGEMENT because there has been no trial, so is provisional and not yet final) which is being spread and referred to in the press, some of the alleged crimes initially investigated have been dismissed.

“Furthermore, most of the people initially under investigation are no longer so, because the case against them has also been dismissed. This is very positive and, indeed, a breakthrough for both the association and our colleagues, as well as for the animals we protect every day.”

It continued: “The unjust campaign of harassment, slander and public contempt to which Triple A has been subjected, based on half-truths and alleged facts, must be proven in the course of a judicial proceeding.

“This will not prevent us from continuing to work for the well-being of our best friends, the animals. We will continue to fight through social media and our daily work to show society that the authors of this dishonourable campaign, who are acting out of self-interest, are wrong. Likewise, we will do our utmost to prove to the Court that the facts are not true and the persons investigated are innocent.

“For this reason, we request the support and trust of those who really know us and the work carried out by the employees and volunteers of the Triple A family in Marbella for the last 28 years.”