GREAT British Bake Off host, Paul Hollywood has spent some of his dough on a Halloween visit to Spain.

The greying star – who made €10million last year – has been spotted running a rule over a number of local bakeries on the Costa Blanca, where his dad lives.

Fresh from finishing another Channel Four series of the baking show, the 53-year old was spotted chewing over baguettes, bloomers and pastries in two cafe/bakeries in Quesada and Benijofar.

At one, Redz, he has been a regular for years, coming over a number of times a year to see his dad John, a former baker from the Wirral.

“He’s here every day of his holiday with his dad,” said one of the waiters.

“Our boss Samantha had got some pics, but she can’t share them as he doesn’t like selfies or going on social media,” he added.

“He basically has a full English breakfast and keeps himself to himself.”

He is also a regular at Benijofar’s celebrated Hamiltons, which is one of the most popular expat bakeries on the Costa Blanca south.

Boss Martin Ronald Dean, a former croupier, who set up the bakery and cafe seven years ago, said the TV star was a very private man of little words.

“He doesn’t say much, but he did say he really liked our display of cakes and buns,” he told the Olive Press this week.

Cheshire-born Hollywood has judged on the Great British Bake Off since 2010, forming an easy-going on-screen relationship with Mary Berry, that the Guardian newspaper described as the show’s ‘secret weapon’.

However, off the show life has been far more complicated.

Apart from a long and acrimonious divorce from his wife of 19 years Alexandra, he has just broken up from his girlfriend of two years Summer, 24.

The split came after he tried to get her to sign a legal agreement not to talk to the press earlier this year.

It went down like a collapsed pie in the oven and she moved her clothes and various other items from their shared home in Kent last weekend.

It was perhaps not surprising then, that when the Olive Press politely asked him for a quote for a brand new issue of the paper on the Costa Blanca south, he couldn’t have been blunter.

“You’ve got ten seconds to Leave,” he threatened, after pulling up in a Jaguar at a local cafe near his dad’s home near Benijofar, last week.

Despite merely asking him what he liked about the area – and what he thought of the local bread and pastries – he declined to comment. 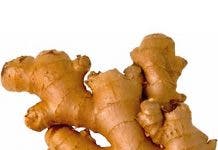 Laurence Dollimore (News Editor) - 22 Jan, 2020 @ 18:04
THIS is the missing British man feared to have fallen into the sea during the deadly Storm Gloria in Ibiza. Ben Garland, 25, disappeared from...