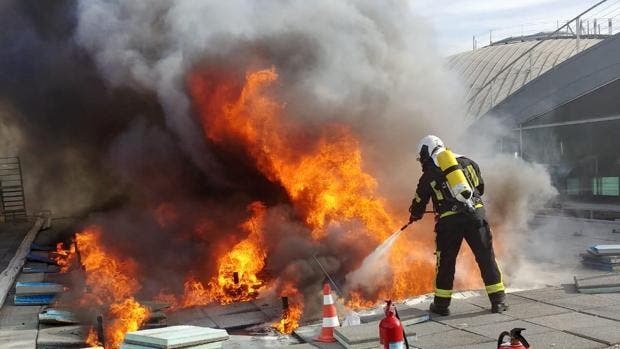 ALICANTE airport has re-opened 24 hours after a fire on its roof caused a wave of flight cancellations and diversions.

The fifth busiest airport in the country, which connects travellers to the Costa Blanca, resumed operations at around 2pm today.

Firefighters had been battling the blaze, which covered an area of 13,000sq ft, overnight.

It had forced the airport to be fully evacuated, with hundreds of passengers and personnel taken outside and away from the bellowing black smoke.

The material of the roof is believed to have been ‘slow-burning’, making putting out the flames a difficult task.

The airport remained affected this morning with 53 flights being forced to divert to Murcia or Valencia.

More than 60 flights were affected yesterday.

Alex Trelinski - 28 Jun, 2022 @ 14:34
A greengrocer turned professional bank robber who did not return to prison after getting a release permit, has been arrested in Hondon de los...