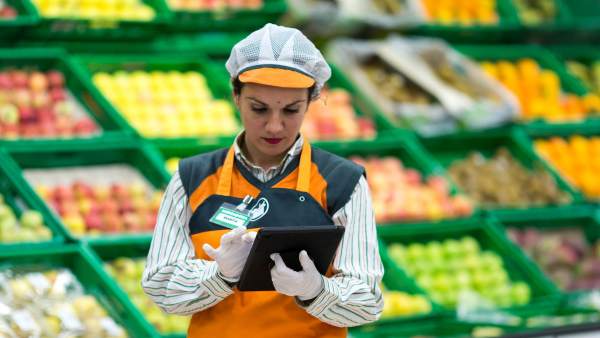 THE running joke is that the checkout worker at Mercadona is probably earning more than most of us.

There’s a reason for that, it seems, as the supermarket giant has just uploaded an advertisement for five vacancies at its store in San Luis de Sabinillas, Manilva.

It’s well above the €1,050 minimum wage and comes complete with a contract – a thing many workers can only dream of.

The supermarket chain is the most successful in Spain, allowing it to invest in its workers and stores across the country.

Last year it spent €36 million in upgrades for a selection of its Malaga locations – including Sabinillas.

The upgrades saw it enter the fast food game by installing takeaway food popups in its stores nationwide.

Customers can purchase everything from burgers, ribs and pizza to paella, croquettas and hot sandwiches.

There are also salad bars where you can make your own ensalada to take home.

To learn more about the vacancies in Sabinillas, click here.

Cristina Hodgson - 23 Apr, 2021 @ 09:15
A SERIES of threatening letters containing bullets have been sent to Spain’s Minister for Home Affairs, Fernando Grande-Marlaska; the candidate of Podemos to the...

Big extension in opening hours for bars and restaurants in relaxation of COVID measures for Costa Blanca and Valencia...

Spain’s new normal: How tourism must change in Barcelona post-Covid

Madrid man on trial in Spain for murdering mother, chopping her into pieces and eating her

WORLD EARTH DAY: Ten of the most amazing and interesting trees in Spain