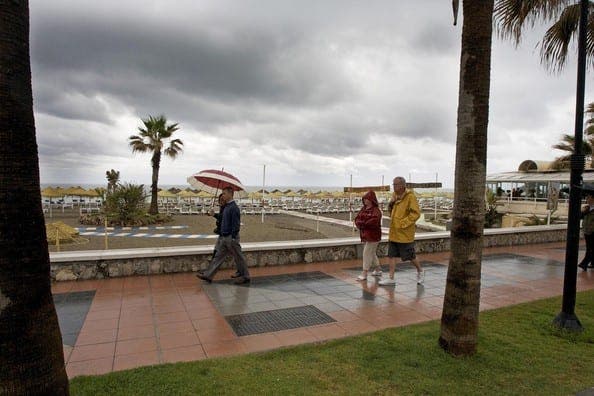 The warning is in place until at least Thursday with downpours bringing up to 20 litres of rainfall per square metre in just one hour.

The most affected areas will be the Costa del Sol, Guadalhorce Valley and Malaga city.

Conditions will remain overcast while the rainfall will be almost constant and occasionally accompanied by storms, particularly along the coast.

Snow is expected to fall in areas 1,200 metres above sea level.

The highest possible temperatures will be in Velez-Malaga at around 16C, with Marbella just behind on 15C.

He predicted that up to 70 litres per square metre of rainfall could hit the Guadalhorce Valley over the three days.