The city of Malaga was covered in a blanket of white snow and ice following an intense hailstorm.

The freak weather caused disruptions to roads and Malaga Airport as municipal workers scrambled to restore the city to normality.

Naturally, people took to social media, expressing their surprise at Malaga’s snow in pictures and videos.

It comes as Malaga province activated the emergency protocol for flood risks due to heavy rainfall.

The snowfall in Malaga City centre is the closest to the sea so far on the Costa del Sol.

It follows videos of snow blanketing other nearby areas, including Mijas and Estepona. 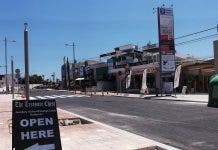