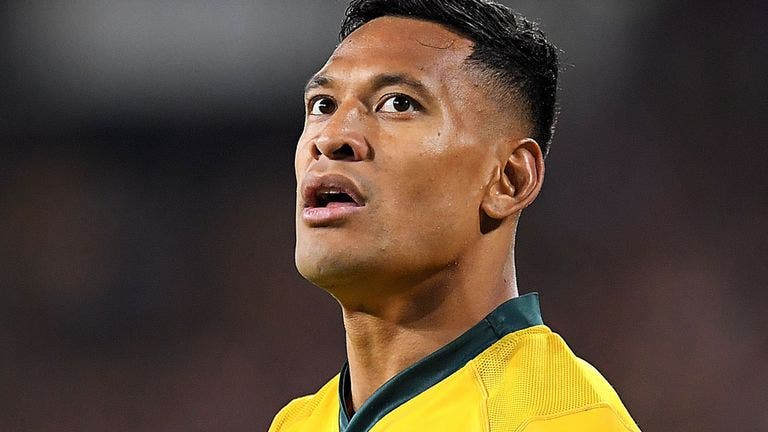 It comes after he was released from his contract with Australia Rugby in December for homophobic posts he made on social media.

Folau wrote in April that ‘hell awaits’ gay people after already having been warned for his social media posts.

He had previously blamed deadly bushfires in Australia and a drought on the legalisation of same-sex marriage and abortion.

The 30-year-old has reportedly signed a one-year deal with the French club, which represents Catalonia.

Folau reached a settlement with Rugby Australia and Super Rugby team the New South Wales Waratahs after he was sacked last year.

He sought €8 million for ‘unfair dismissal’, claiming he was discriminated against for his Christian beliefs.

The amount he received in the settlement was not revealed.

Spain’s Andalucia registers its highest number of coronavirus deaths in the past 24 hours, while at the same time more people recover from the...