ON the night of October 31, 1631, the ruin of the Spanish kingdom arrived.

The galleon Nuestra Señora del Juncal, loaded with more than one million pesos of gold, silver and precious stones, was swallowed up by the waters of the Gulf of Mexico.

The treasure it contained had been destined to pay for the wars in Flanders.

For two long years Dutch pirates had made sure none of the wealth of the Spanish colonies in America had made it back to Spain.

In desperation the Spanish king, Philip IV, ordered the fleet to set sail in the Caribbean storms season.

This avoided pirates who were far too sensible to sail at that time of year, but was a huge gamble – one that Philip was to lose.

Despite needing repairs, the Juncal set sail as part of a 13-strong fleet, only to sink, taking its vast treasure to the bottom of the sea – along with 261 members of its 300 crew.

It was a disaster for Spain’s finances that has never been forgotten – and now Spain wants to see if it can find the wreck and its treasure, thought to be worth over € 1billion.

The Spanish and Mexican authorities have once more agreed – they had previously done so in 2014 – on a joint archaeological investigation to find the remains of the ship, which was one of the two flagships of the New Spain Fleet tasked with transporting the riches of America to Spain.

The new campaign, to be carried out over 10 days in the spring, will be co-financed by the two countries and will involve a team from the National Museum of Underwater Archaeology (Arqva), led by archaeologist and historian Ivan Negueruela, according to a statement from Spain’s Ministry of Culture.

Negueruela said: “It is a unique opportunity to develop a great joint investigation, since Mexico and Spain signed the 2001 UNESCO convention for the protection of underwater heritage.

“We have 20 years ahead of us to investigate a site that could yield 150 tonnes of historical material.”

The decision to resume the search was made at a working meeting between the director general of Fine Arts, Roman Fernandez-Baca, and the deputy director of Underwater Archaeology of the National Institute of Anthropology and History of Mexico, Roberto Esteban Junco.

The agreement is part of the Memorandum of Understanding signed in June 2014 between the two countries in the field of underwater cultural heritage.

The nations have also committed to organising the first major exhibition ever held about the Juncal, an exhibition that will visit both countries and whose first stop will be the General Archive of the Indies in Sevilla.

The fleet consisted of 13 ships that had departed from Cadiz in 1630 and were returning to Spain from the port of San Juan de Ulua (Mexico).

Initially it was due to stop in Cuba to pay the garrison there and resupply.

The tragedy of the Juncal began when, just days before setting sail, Miguel de Echazarreta, the captain general of the New Spain Fleet, died. Undaunted, the fleet – which was to lose five ships on the journey – set sail on October 14 1631 accompanying the damaged galleon, which had water inlets that had not been repaired.

When a storm started a few days later, the crew had to bail out water day and night.

Floundering in the heavy seas, the crew was forced to cut the main mast in an effort to reduce weight and avoid a watery grave.

For two weeks they managed to defy the rough seas, but finally the Juncal succumbed and disappeared beneath the waves.

They managed to cram into a boat that had originally been intended to save the nobles, the captain and the pilot, as well as the king’s correspondence.

The nobles had bribed the boatswain with jewels for a place in the lifeboat – but it could not be launched as it needed the main mast to do so.

The nobles retreated to their cabins to prepare for death as the Juncal started to sink.

But as she slipped beneath the waves it became possible for the boat to be cut free and the 39 lucky survivors piled aboard.

The nobles meanwhile were amongst the first to drown, shut away in their cabins. 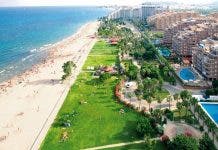 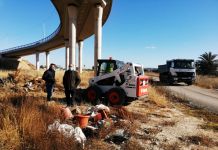