AS COVID-19 continues to predominate our news feeds and eclipse our daily lives, millions of people in Spain and around the world are learning to cope with the colossal changes.

The confinement of people to their homes has caused a ‘total disconnection’ with the natural environment, a situation that ‘can have negative effects on our well-being, especially on our state of mind,’ according to landscaping design expert Fernando Pozuelo.

This is a phenomenon known as Nature Deficit Disorder (NDD) which can lead to ‘lack of concentration, anxiety, stress or irritability.’

But with the aid of technology we are able to connect once again with the natural environment.

Gardens such as those of the Generalife in Spain or those of the Palace of Versailles in France make up some of the most beautiful natural spaces in the world which can now be enjoyed from the comfort of your own sofa during quarantine.

Enjoy a virtual tour around the Generalife Gardens, located at the foot of the Alhambra. Be delighted by its patios, its palaces and its architecture, which together form an intimate and peaceful atmosphere.

View the spectacular Gardens of Alcazar of the Christian Monarchs in Cordoba, where Julius Caesar himself personally planted different species of flowers and exotic trees.

The major attraction of this Royal Fortress are its magnificent backyard gardens.

Further afield you can enjoy the Claude Monet Gardens,75 kilometres from Paris, which served as an inspiration for some of the painter’s works, such as the water lily pond.

The gardens are divided into small spaces enclosed by hedges which constitute as many little ‘worlds’. Each of the greenery rooms has its own harmony of colours and shapes.

The Jardín de las Pozas de Xilitla, nestled in the thick jungles of San Luis Potosi, Mexico, was created during the 1960s and has a total of 36 structures that are interspersed with waterfalls and ponds—natural and man-made—that prepare the mind for immersion into a dream world.

The Nong Nooch Tropical Botanical Garden in Thailand, is a 500-acre botanical garden and tourist attraction which has more than 15,000 different species. Located amongst rolling hills and valleys between Pattaya-Sattahip.

Renowned as a ‘great tourist destination’, it allows visitors to see four very different areas according to their species, as well as ‘various shows on its premises’.

The Gardens of the Palace of Versailles just 19 kilometres from Paris, were created by King Louis XIV and are the ‘best example of a French-style garden’.

They were declared a World Heritage Site in 1979 by UNESCO. 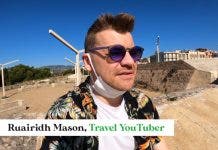 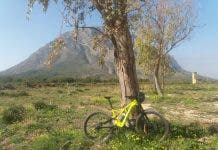 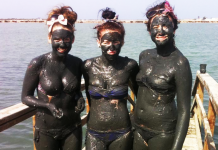