Nothing adds taste to our homemade dishes better than herbs. And if they’re fresh, their effect is even tastier. It’s a fact that herbs lose up to half their nutritional value in the first half hour after harvesting them, so the best, most natural way to have fresh herbs available in your kitchen is to grow them yourself. And it’s easy to do.

If you have outdoor space for a kitchen garden, then prepare the soil or prepare wooden boxes with potting soil. Indoors it’s easier to use trays filled with potting soil. Then decide whether you want to begin with seeds or starter plants, which are both available online or in your local garden supply stores. Germination can take up to two weeks, so if you’re going with seeds, decide to take on the project with a healthy dose of patience.

Herbs are relatively easy to grow. They don’t demand super-rich soil and need a minimal amount of care. Water when the soil is dry to the touch and if planting indoors, try to put the trays in a windowsill to get at least four hours of sun per day. Once your plants mature, and there are leaves developed, you’re ready to snip a few as you prepare the evening’s meal.

If you need to store herbs rather than snip them from your kitchen garden, you can wrap them in a damp paper towel and place in a sealed bag. They’ll keep fresh in the refrigerator for up to five days. You can also freshen herbs by placing them in a jar of water like a bouquet. If you change the water every other day, they’ll be usable for a week.

It’s possible to freeze herbs in ice cube trays. Simply place the leaves in the tray and cover with either olive oil or melted butter. Then you have a nifty way to add herbal goodness to your next soup or pasta dish. You can also freeze them by laying them in a single layer on waxed paper and then after they are frozen placing them in a zip lock bag. They keep nicely in your freezer this way.

Another way to preserve herbs is to dry them well and place in air-tight containers. But no matter how you grow or store herbs, they provide a super-nutritious concentrated form of flavour to your homemade dishes. 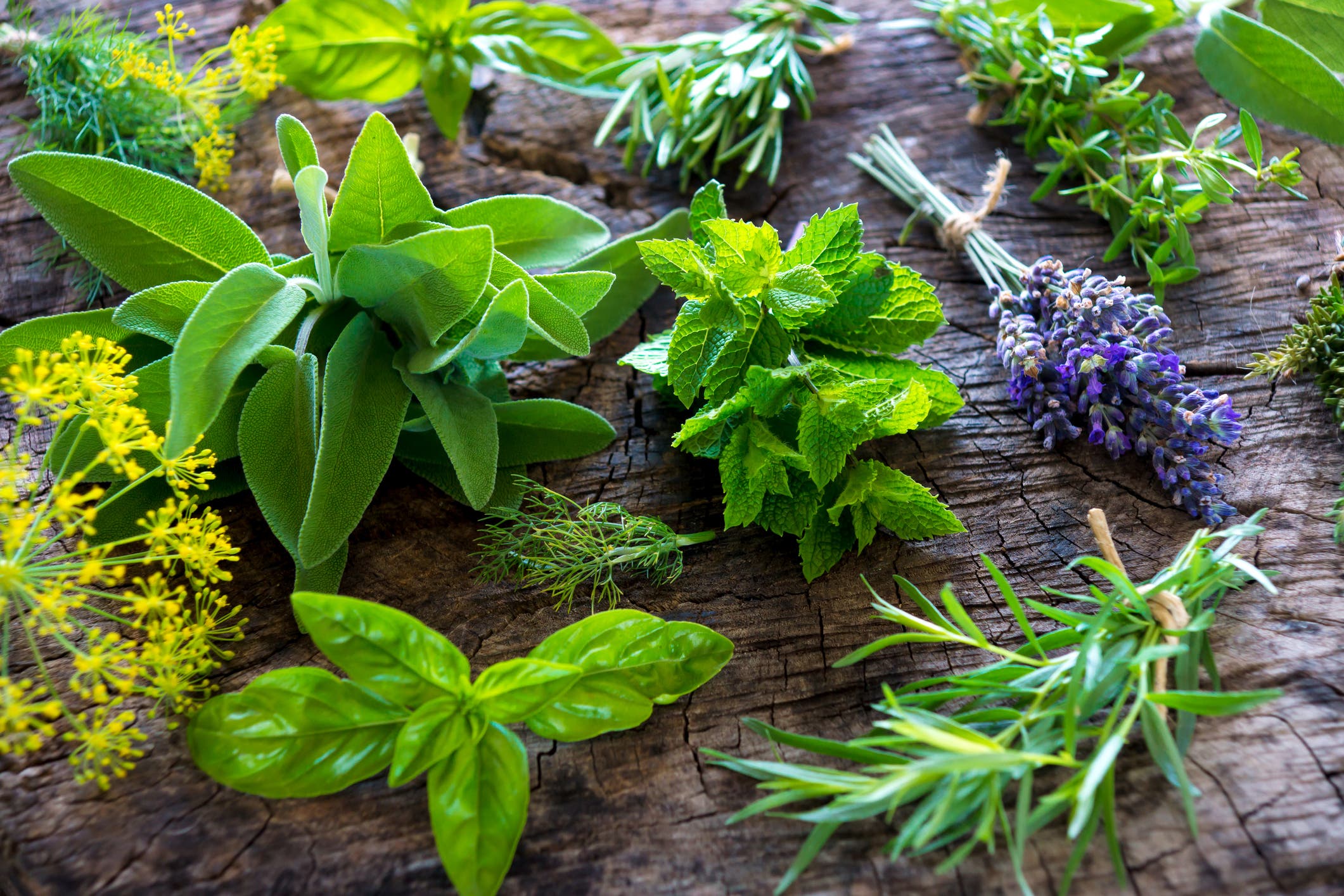 Best Herbs for Your Kitchen Garden

Basil: Sweet basil, with its mild licorice and cloves flavour, is a favourite in sauces, soups, salads and sandwiches. It’s wonderful in tomato bruschetta.

Cilantro, also known as coriander, is a pungent, slightly anise-flavored herb used in a wide variety of soups, stews, curries, salad and vegetable dishes as well as going well with fish and chicken. Cilantro is a classic part of a good salsa.

Rosemary is Latin for “dew of the sea.” It’s a very aromatic lemon-pine-flavoured herb. It infuses chicken, lamb and vegetable dishes with a hearty flavour and is a favourite on homemade pizza or focaccia.

Mint: Most cooks prefer spearmint as their mint of choice when cooking. Mint goes well with both sweet and savoury dishes and makes a wonderful, refreshing tea. It goes well with fruit and vegetable salads.

Oregano, in Greek means “joy of the mountains.” It’s a classic herb in tomato sauces, is added to poultry and game recipes and is good in salads. It is often confused with marjoram which has a similar, but milder taste. Marjoram is slightly sweeter in taste. Use oregano in one of these seven dishes calling for fresh oregano leaves.

Thyme Most cooks like to use French thyme which is a European favourite. It pairs well with other herbs such as parsley, sage and oregano. It is used in pork, lamb, duck and goose recipes as well as in Cajun or Creole dishes.

Parsley is known as the “workhorse” of herbs. It goes well with virtually any dish. Chop it with garlic to make persillade which is used with meats, or add it to lemon or orange zest to make gremolata, used in Italian dishes.

Chives have a delicate onion flavour. It retains its flavour best when added just before serving your dish. It’s great in dips, potato dishes, meat and fish entrees. It’s a nice addition to pasta or rice dishes as in lemon chive rice.

Tarragon has a bittersweet, peppery flavour and is great in egg, fish, and chicken dishes. It is a classic ingredient in béarnaise sauce.

There is a great deal of satisfaction in preparing healthy and nutritious meals for our families.

Alex Trelinski - 21 Apr, 2021 @ 18:15
THE leaders of two of Spain's most foreign tourist-dependent regions want the European Union to pay for free PCR tests. The joint call came at...

‘ALL JABBED OUT’ as new mass vaccination centres in Costa Blanca and Valencia regions of Spain run out of...

Coronavirus Travel to Spain: Boris Johnson claims to set out travel plans for Brits in early May

Will Spanish clubs be next to withdraw from European Super League after English football’s ‘big six’ break away?