ESTEPONA City Council has distributed more than 150 tonnes of food to vulnerable families during the state of alarm.

The City Council has spent more than €83,000 for the purchase of provisions that have been distributed among 2,000 people.

The bulk of the distribution has been taking place at the Palacio de Exposiciones y Congresos, next to the coach station.

Estepona’s Mayor, Jose Maria Garcia Urbano told Malaga Hoy that any families who couldn’t make it to the distribution point, ‘a team of volunteers would deliver the provisions to their home’.

The City Council will continue to provide assistance to families in vulnerable situations, even after the state of alarm has ended, starting from next week.

At the moment, a hundred families ‘have stopped requesting food aid after they have returned to work during the de-escalation phases,’ added Garcia Urbano.

In addition, the City Council maintains its collaboration with the soup kitchen, which continues to serve food daily.

The City Council allocates each year ‘a grant of €18,000 to the soup kitchen and bears all the costs of maintenance and upkeep of their facilities.’

Likewise, the Mayor has also stated his thanks for the food donations that more than 40 companies have made to both the soup kitchen and the City Council to help those most in need. 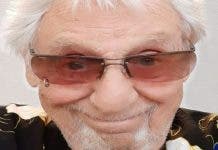