THE former boss of Pemex, the Mexican state owned oil company has been extradited to Mexico to face corruption charges.

Emilio Lozoya was arrested back in February after hiding out in a luxury villa in the La Zagaleta urbanisation in Benahavis, close to Marbella.

He was subject to an international arrest warrant for crimes of large scale corruption linked to when he was Pemex chief.

The payoffs originated from Brazilian construction company Odebrecht which is the subject of one of the largest corruption scandals in recent history.

They are accused of cash-for-contracts bribes in 12 countries worth €560 million.

Since his arrest, Lozoya has spent the entire state of alarm incarcerated for fears that he will use his political influence to attempt to flee the country.

According to a statement from the Policia Nacional, Lozoya boarded a plane at Madrid Barajas airport at 6pm yesterday to head back to Mexico to face investigation.

Well loved in Mexico, Lozoya’s arrest has shocked many, and throughout the scandal he has protested his innocence.

However Mexican Prime Minister Andres Manuel Lopez Obrador said that Lozoya’s arrest is a huge step towards a corruption-free society.

“This voluntary extradition is going to do a lot to help purify public life, to clean up corruption,” he told an international news conference. 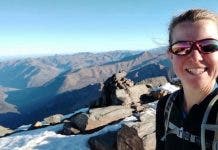