Although produced by Johnny Depp, the jury stressed the award is ‘for Julien Temple [director] and Shane MacGowan for the beautiful, poetic, unflinching and unreconciled punk energy’ displayed throughout the movie.

Depp arrived to San Sebastian earlier this week to promote the film but quickly headed to Monaco for the Monte-Carlo Gala for Planetary Health.

And no one could blame the star for jetting to warmer climbs. While weather in Monte Carlo was mild and sunny, celebrities in San Sebastian battled gale-force winds and lashing rain.

French-Georgian film Dasatskisi / Beginning was awarded the most prestigious award of the festival: the Golden Shell. It also bagged the Best Director, Best Actress and Best Screenplay accolades. 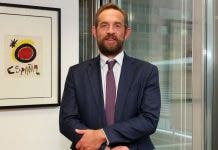 Isha Sesay - 1 Mar, 2021 @ 19:15
The Balearic Health Service warned of an increase in severe depressive cases in those under the age of 18-years-old