Home Lead Man is sued for being gay nine years after separation in Spain’s... 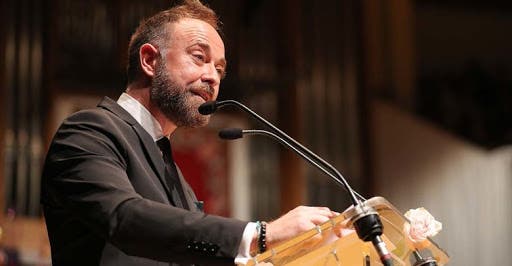 A MAN who split from his wife in 2011 is now being sued by her for being gay when they got married.

Javi Vilalta’s ex-partner is using a 131-year-old law to bolster her private prosecution in a Valencia City court.

Vilalta is a well-known local figure including being a jurist and a human rights professor at Valencia University, in addition to running an international film festival.

The unnamed plaintiff wants her marriage to Vilalta annulled and €10,000 in compensation.

She´s arguing that she was tricked about his sexual orientation when they ‘walked down the aisle’.

She paused divorce proceedings some years ago when two friends told her that Vilalta had been maintaining a relationship with a man that he had known for years.

The case has been brought under the 1889 Civil Code which refers to ‘errors and deceptions’ in a marriage.

A hearing was held in a Valencia court last week with Vilalta’s solicitor angry that his client had been put into a position where his sexuality is being discussed in a courtroom.

Javier Molpeceres said: “Javi had to give a written statement that he was bisexual because if he refused, then the court might technically have ruled against him.”

Molpeceras added that his client wanted to give oral testimony but he was unable to do so because he was not summoned to appear.

He nevertheless attended court along with 30 friends.

Public prosecutors have called on the court to throw out the ex-wife’s claim which she is pursuing privately.

There has been no comment from the plaintiff or her legal team.

“Obsolete parts of the Civil Code need to be revised. Nobody should be forced to testify about their sexual orientation these days with the advances over the last 130 years in the legal system including family and marriage laws.”