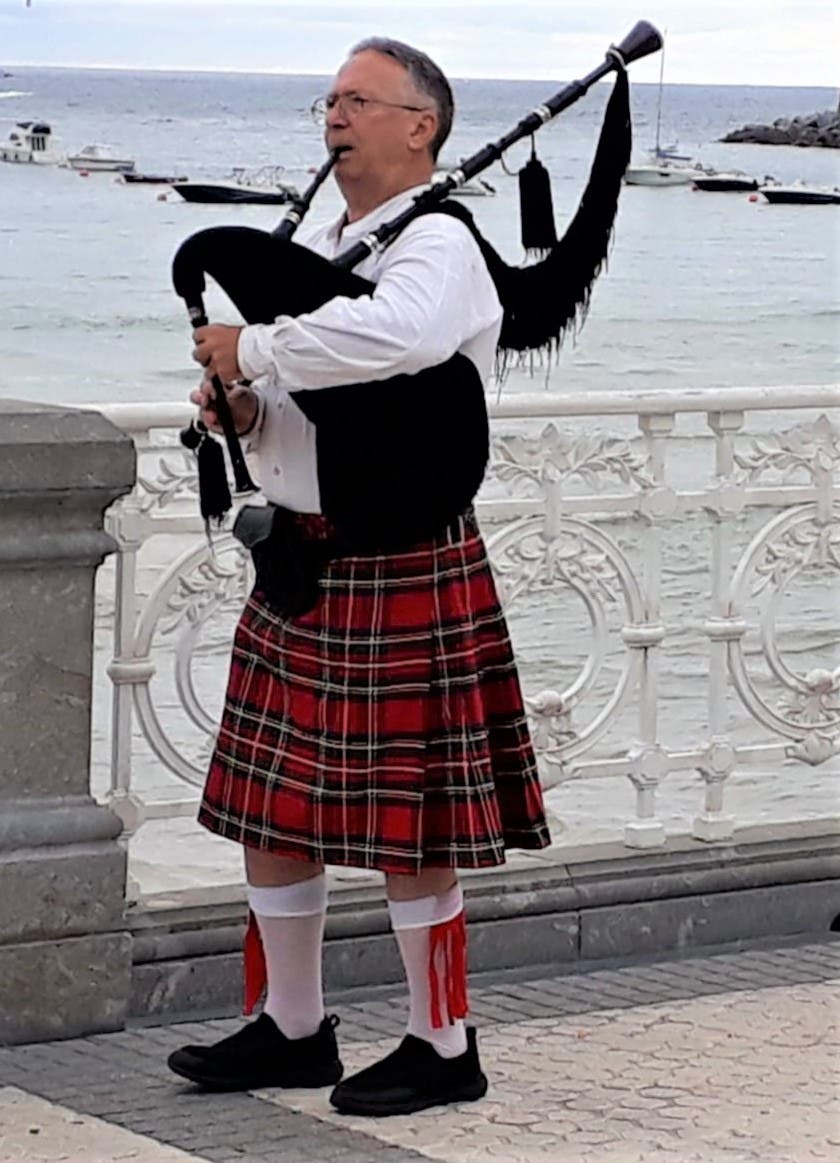 GLASGOW-BORN Alan Joseph Kennedy has switched from storyteller to storywriter with the publication of a tale inspìred by his memories of London’s Brixton area in the eighties.

He entered a short story competition organised by AudioArcadia and found himself one of 20 winners from around the world that have seen their work published in a compilation called ‘Lockdown Number One’.

Alan’s story is called ‘Up Memory Lane’ and the book is out in paperback and eBook format via Amazon’s global website.

66-year-old Alan has lived in Spain for 27 years and recently moved from the Murcia region to be with his partner in San Sebastian in the northern Basque Country.

Until the coronavirus pandemic, he travelled around Spain, working with adults and children alike, as a storyteller.

Under his ‘Celtdram’ and ‘Storytime’ brands, Alan brought an original perspective to English language teaching as he visited venues with bagpipes and folk tales in tow.

“It wasn´t just Scottish bagpipes that I played, but I had a set from the Galicia area for the students to listen to,” said Alan.

He won many admirers for his unique repertoire of folk stories about Celtic, Scottish, Irish or Welsh cultures along with Spanish regions like Galicia and Asturias.

That was mixed in with music from those areas which was appreciated by English learners of all ages.

But the start of the pandemic last March quickly forced his hand into a new direction.

Alan told The Olive Press: “I have temporarily retired to concentrate on my new projects as a writer.”

He entered the competition with ‘Up Memory Lane’ and got instant success with its publication.

“The inspiration for the piece came when I decided to revisit the Brixton street where I lived for ten years in the 1980s,” Alan said.

But what of the title? Surely, ‘Down Memory Lane’ would have been the obvious pick?

Alan explained: “Ì returned to Brixton with my Spanish partner and as we walked down the road, she said that we were walking ‘Up Memory Lane’, and that stuck in my mind!”

“I was pleasantly surprised to see how much of the area had not changed despite all the redevelopments being mooted back in the eighties.”

“The characters I created for the short story were very much inspired by the many colourful inhabitants of the street that I used to live on. The community spirit was excellent,” he added.

‘Lockdown Number One’ features stories about this year’s lockdowns around the world as well as more general pieces like Alan’s.

AudioArcadia.com is currently holding their second competition, Lockdown # 2, details of which can be found at www.audioarcadia.com/competition