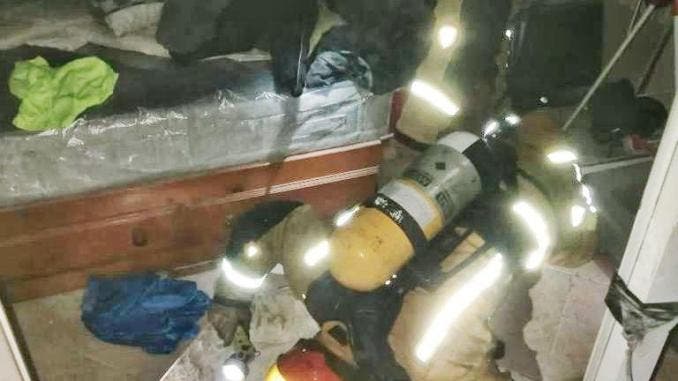 A BRITISH man has been arrested by Torrevieja’s Guardia Civil after a fire broke out in his rubbish-filled home which also had a two-metre deep hole.

The unnamed 43-year-old hoarder had reportedly got into a series of arguments with his neighbours in recent weeks.

Firefighters arrived at his home on Calle Purcell on Torrevieja’s San Luis urbanisation shortly after midnight this Thursday morning(October 29).

It took them an hour to bring the fire under control as the material stuffed into garbage bags and piled up objects fanned the ferocity of the blaze.

Fire crews also had to dodge a two metre deep sinkhole in one of the rooms.