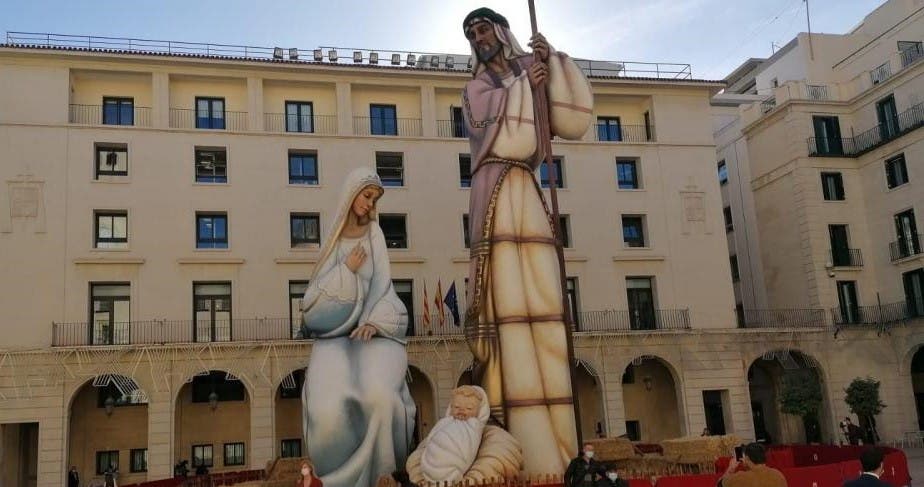 ALICANTE has grabbed two world records after it built the tallest-ever nativity scene as well as it being the largest in area.

The city’s Plaza del Ayuntamiento features an 18-metre high statue of Joseph alongside smaller figurines of the Virgin Mary and baby Jesus.

The display was created by Jose Manuel Garcia and was verified by Guinness World Records as the new title holder.

Alicante’s achievement easily beats the old 1991 height record set in Mexico where the figurines of Joseph and Mary were just over five metres tall.

It is also now the world’s largest-ever static nativity scene with an area of 56.02 square metres.

Alicante mayor, Luis Barcala, said: “This is a great achievement for Alicante which helps to promote us as a tourist destination and inspires hope.”

Some local political parties have criticised the cost of the enterprise, including €123,000 for the sculptures which will be used for at least the next two years.

There is also the bill of €14,000 payable to Guinness World Records for certification, which had to be done virtually because of the pandemic.

Fiestas councillor, Manuel Jimenez, said: “The visitor numbers to the square justify the outlay and we are seeing local business and the hospitality trade being stimulated by the interest in the display.”