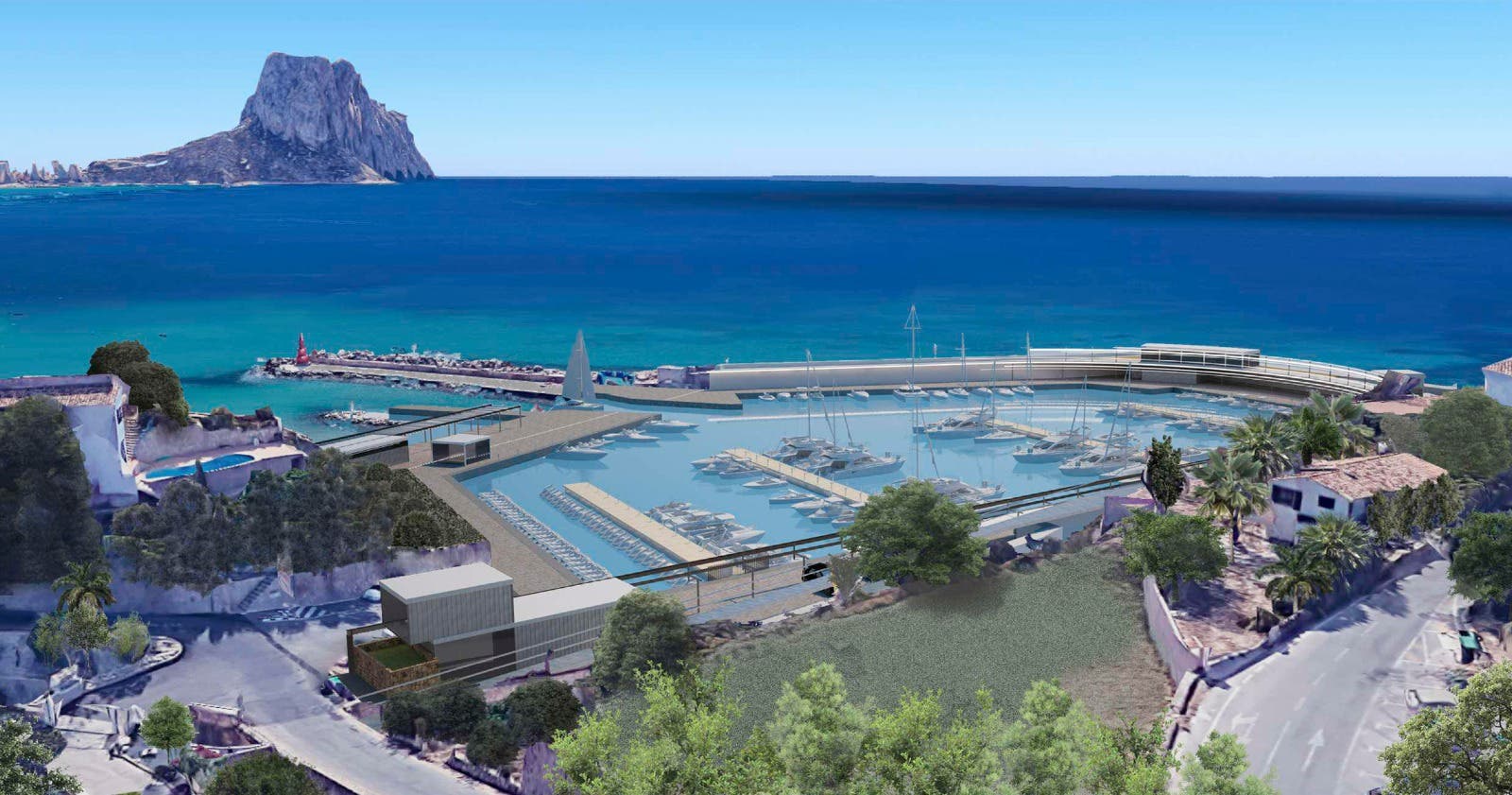 A totally-rebuilt marina for Calpe on the northern Costa Blanca is set to become a major tourist draw for the summer of 2022.

Bulldozers are soon set to clear the remnants of the rundown site which will be called Marina PortBlanc.

The area will be run by the same company that manages the Santa Pola marina on the southern Costa Blanca.

Port Boutique Calp will spend €5 million on the project and they have a 30-year franchise from the local council to run the new-look marina.

A raised walkway will give pedestrians a great view of the sea and the familiar sights of the Peñon de Ifach and the Morro de Toix.

There will be 203 moorings at the site, most of which will be for eight-metre long yachts, with a few berths for 15-metre craft.

Five new commercial outlets are to be developed and hotels and sea-tourism businesses are also being wooed to open up at the marina.

As well as knocking down any dilapidated buildings, Port Boutique Calp will also completely drain the current marina of water.

That will allow the sand to be dredged and transferred to the Puerto Blanco beach, in addition to extending the water depth by around eight feet.

“Tourists and Calpe residents alike will be able to enjoy this recovered area of the coast with some impressive views.”

Calpe mayor, Ana Sala, added: “This port area is iconic for local people and within 18 months, it will all look very different.”