HILARIA Baldwin, 36-year-old wife of Hollywood actor Alec Baldwin has been forced to publically come clean after claims emerged online that her Spanish upbringing was made up.

A number of videos surfaced online last week claiming that Baldwin was fabricating her Spanish history, even to the point of faking a Spanish accent during public appearances.

Baldwin also made the claims in numerous television interviews and in various Instagram live videos and podcasts she heavily insinuated that she was Spanish.

However on December 21, one Twitter user sent the internet into a frenzy with the tweet, “You have to admire Hilaria Baldwin’s commitment to her decade long grift where she impersonates a Spanish person.”

This led internet sleuths to begin to uncover inconsistances in her biography, leading to yesterdays confession.

A number of ex classmates also came forward to confirm that Hilaria was born in the US rather than the Island of Mallorca as she previously claimed.

They also claimed that her name wasn’t actually Hilaria but Hillary, and family members came forward to explain that she is 0% Spanish.

The actress and writers Wikipedia page originally claimed she was born in Mallorca and moved to Boston at 19 to attend university, however the page is now under expansion and has been updated to confirm that she was in fact born in Boston.

Baldwin took to Instagram to address the accusations in a seven minute long rant and claimed that she is a “white woman, but ethnically, many, many things.”

Baldwin also admitted that she was in fact born in Boston and not Mallorca, however her parents lived between Spain and the US.

In the video, she also explains that, “I’m really lucky that I grew up speaking two different languages and I’m trying to raise my kids, so they speak two languages too. And that’s something very important to me especially having my family abroad.” 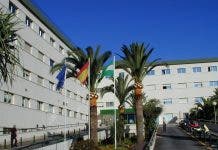 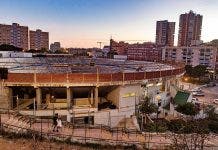