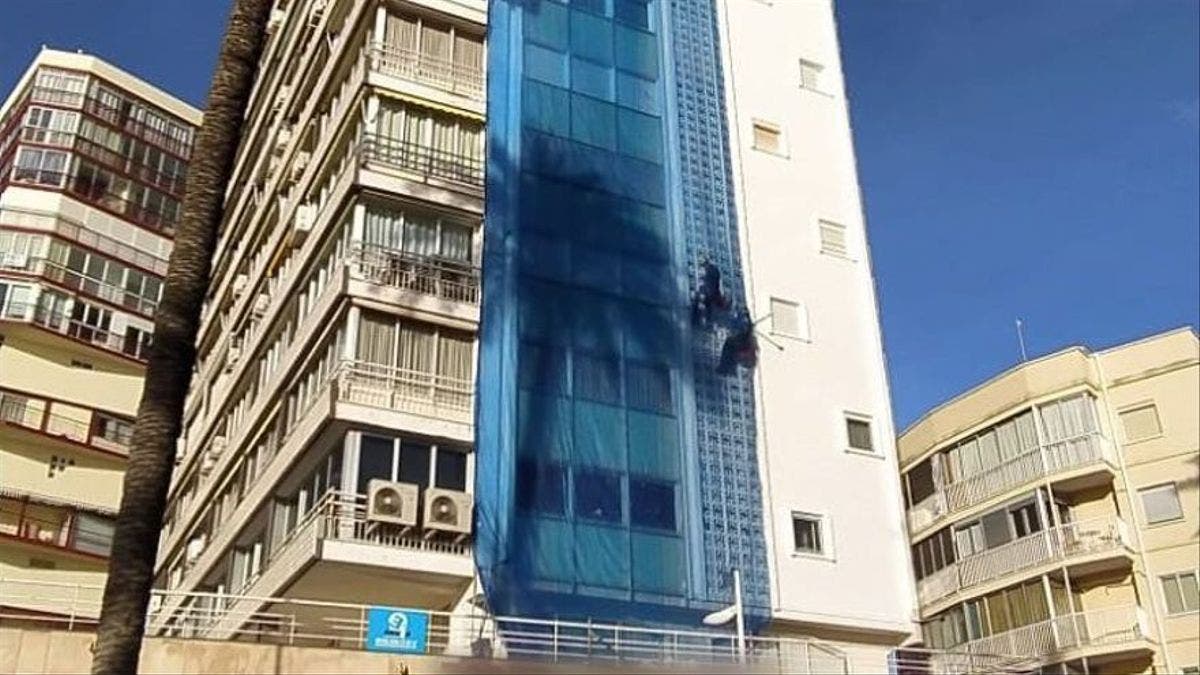 A 51-year-old woman has been charged with trying to kill a Benidorm skyscraper worker after she cut his safety rope.

She was allegedly unhappy that her neighbourhood association had approved external improvements to the building.

Two workers were doing the work parallel to the 13th floor of the block, when they spotted a pair of hands trying to get hold of the main rope from the 20th floor.

They realised that one of their safety ropes had already been cut.

The man without his safety line then clung onto the building ledge in case his main line was breached.

The workers shouted for help forcing the woman to abandon her attempt to cut the main rope.

They safely glided down to the ground and called the police.

The Policia Nacional confirmed that the safety rope had been cut with a knife.

A 51-year-old woman and her 60-year-old husband were both arrested.

He was released after it was discovered that he was not in the apartment at the time of the incident.

The couple claimed that the maintenance men had damaged some window hinges during their work.

The woman denied being at home when the rope-cutting happened, but has been charged with attempted homicide.

Inquiries are also taking place to see whether she has been suffering with mental health issues.