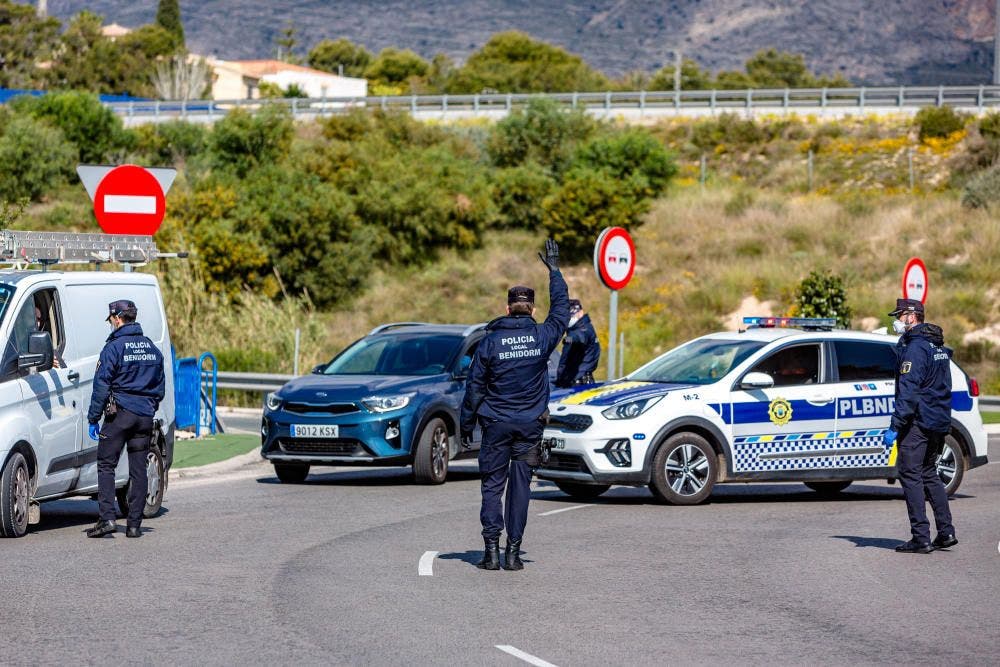 POLICE will be deployed at key entry and exit points around Benidorm to ensure that a new weekend perimeter closure is not flouted.

The resort, in tandem with 14 other Valencian Community cities with a population of at least 50,000 residents, will shut its perimeter from tomorrow(January 29) between 3.00 pm and 6.00 am on Monday.

The measure is the latest attempt to stem rising COVID-19 cases across the region.

The Policia Nacional and Benidorm Policia Local will establish checkpoints on the main routes in and out of the city on Avenidas La Vila Joiosa, Juan Pablo II, Beniarda, Comunidad Europea, and Comunidad Valenciana.

The Guardia Civil will join the other two law enforcement bodies in running controls on secondary routes.

The final weekend of the restriction is currently scheduled to run between February 12 and 15.

Benidorm’s Public Safety councillor, Lorenzo Martinez, said: “The operation will be very similar to what was seen last year during the first State of Alarm.”

“The patrols will also ensure that rules are being followed on mask wearing and the number of people that can be in a car,” he added,