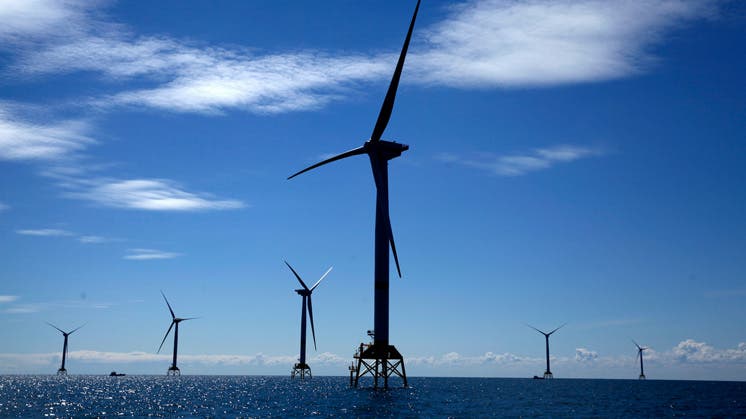 SPANISH energy company Iberdrola wants to spend over €1 billion on a massive floating wind power farm off the coast, so long as it can get cash help from the European Union.

Iberdrola has not declared which site it would go for, but has identified Andalucia, Galicia, and the Canary Islands as suitable areas for the project.

The company says that it could begin designing a 300 megawatt (MW) project this year that would generate 2,800 jobs per annum until it starts operating in 2026.

The caveat is that it wants a share of an €750 billion pot set up by the European Union which offers grants and loans to help lift member countries out of the recession caused by the COVID-19 pandemic.

Several projects are underway in Europe to build turbines on floating platforms where the seabed is too deep for fixed structures.

Smaller floating wind projects are already being undertaken in Spain.

German firm RWE is working with Spanish company Saitec on a 2 MW prototype off the northern coast.

Iberdrola has suggested 150 projects as potential recipients of the EU recovery fund.

Spain is due to receive the second-biggest allocation behind Italy, after its economy saw an 11% fall in GDP in 2020 fuelled by a collapse in the tourist market.