Home Other News Environment United Nations to investigate whether Spain is at fault for major pollution... 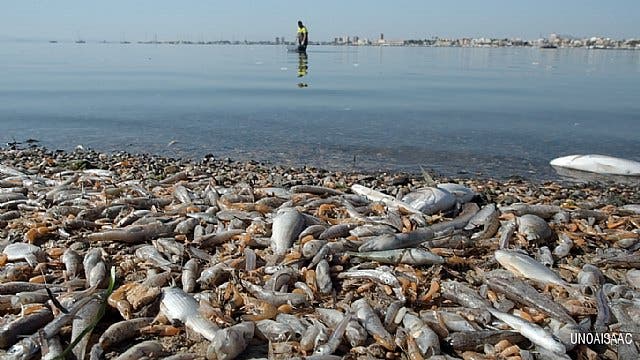 A four-year campaign to get the United Nations to investigate whether Spain has breached environmental rules in the Mar Menor lagoon has succeeded.

The Ecologistas en Accion group sent a report to the UN in 2017 over incidents the previous year that saw large areas of the lagoon water turn green.

The UN in 2019 agreed to officially process the complaint that alleges Spain may have broken a protocol agreed in 1976 known as the Barcelona Convention.

That was designed to protect ecosystems from pollution around the Mediterranean Sea.

The matter will now be discussed and investigated at a Convention meeting in Greece this June with Ecologistas en Accion submitting new evidence.

However the UN has no teeth in handing out a penalty if it uncovers any breaches on the part of Spanish government.

Campaigners have argued for many years that the Mar Menor is a unique area in Europe with rare marine life being killed off due to pollution.

They say that the increase of private desalination plants in the area over the last 30 years has lead to a rise in incidents.

The lagoon water turned green in 2016 and 2019 with 80% of sea meadow grass disappearing as well as plants and animals due to the lack of oxygen.

Many dead fish and other sea life also washed onto the shores of the Mar Menor in the autumn of 2019.

The Spanish Institute of Oceanography discovered last April found that chlorophyll levels in the lagoon water reached up to 4.12 micrograms per litre.

These high levels were linked to a huge amount of green algae and other parasitic sealife that absorbed all the oxygen out of the water.

Last June, the European Parliament launched an inquiry into four Murcia presidents and what they did to stop severe pollution in the lagoon.

The regional government last week said that it would spend €2 million this and next year in a clean up operation to protect marine life.