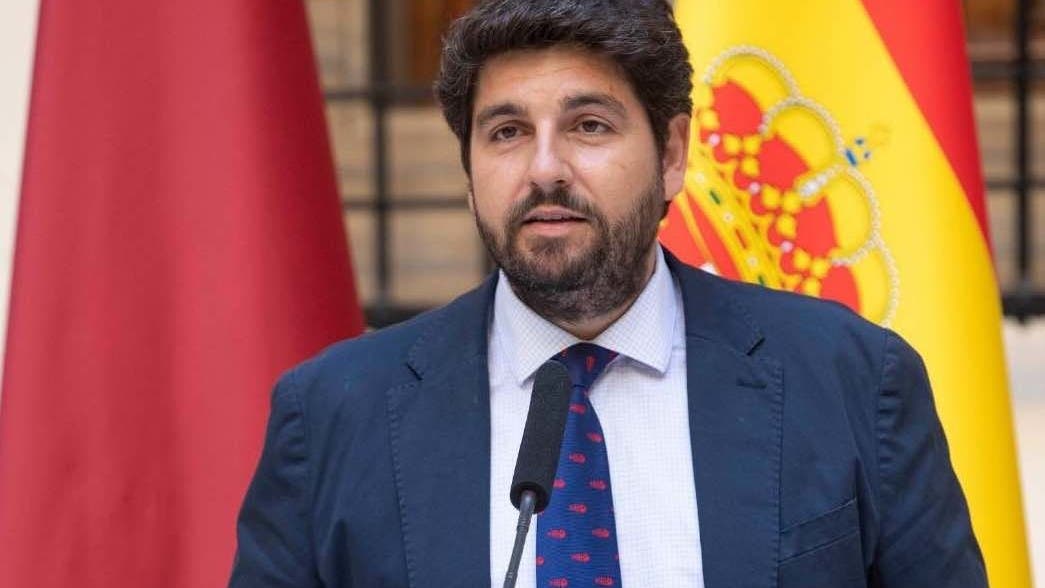 A move to oust the Partido Popular-led Murcia government next week has unexpectedly collapsed this morning(March 12).

Today’s shock development came after three Ciudadanos members of the regional assembly changed their minds over supporting a censure motion that would have seen a change in power next week.

Their about-turn was led by current Vice-President, Isabel Franco, along with Valle Miguelez and Francisco Alvarez.

They will continue to back the Partido Popular after ties with Ciudadanos were ended this week.

A mini-coalition has now been put together with Miguelez and Alvarez rewarded with ministerial jobs, but they and Franco have now been thrown out out of the Ciudadanos party.

President Fernando Lopez Miras today unveiled the split in regional Ciudadanos ranks and news of his surprising fight back.

In a breathtaking 48 hours, all Ciudadanos and PSOE members of the assembly signed the censure motion on Wednesday,which was going to be debated on March 17 and March 18.

That motion had only been ‘cobbled-up’ on Tuesday night with the majority of their delegates knowing nothing about it until they entered the assembly building in Cartagena the following day.

The censure motion attacked the ‘corruption’ and ‘lack of ethics’ of the current government.

The combined Ciudadanos and PSOE votes votes would have given them a slim majority of one to oust the Partido Popular from running Murcia for the first time in 26 years.

They announced that Ana Martinez Vidal of Ciudadanos would be put forward as the new president.

But now the current incumbent, Fernando Lopez Miras has called for the censure motion to be withdrawn.

“This has been a shameful and regrettable spectacle to have us thrown out of government by Ciudadanos and the PSOE,” said Lopez Miras.

“The censure has all been down to personal interest.”

Vice-President, Isabel Franco, is no fan of Ana Martinez Vidal with many differences between the two Ciudadanos figures.

She said today that she only signed the motion on Wednesday ‘as a matter of party discipline’.

“We are in the middle of a pandemic and it is not the time for change. I was not elected to handover the Murcia government to (Prime Minister) Pedro Sanchez or to betray Murcians,” she added.

Today’s drama unfolded at the same time as Ana Martinez Vidal and the PSOE regional leader, Diego Conesa, shared a joint platform in Lorca to outline their plans for the ‘new’ Murcia government, which now appears to be in the realms of fantasy.

Jorge Hinojosa - 28 May, 2022 @ 12:00
HARD hit motorists will soon have more opportunities to fill up on the cheap. Budget petrol station company Ballenoil is planning to open eight new...