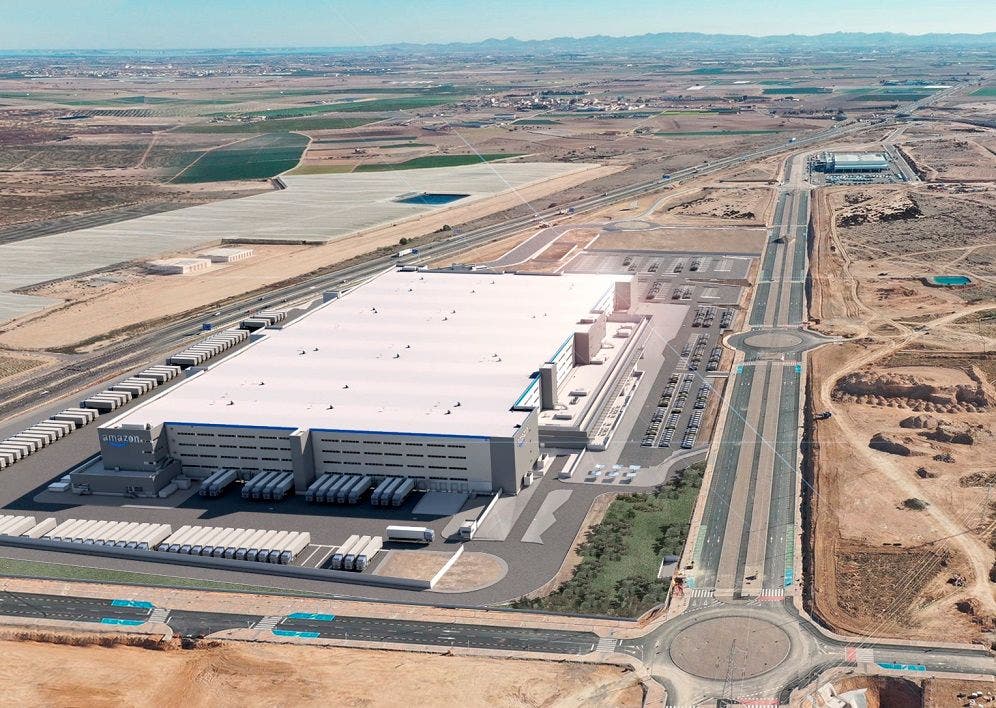 A new Amazon logistics centre will open in Murcia City this autumn with 1,200 jobs set to be created over three years.

The 160,000 square metre facility will use state-of-the-art technology to speed up the distribution of orders across the whole of south-east Spain.

On a site visit, Amazon’s Spanish director, Fred Pattje, said: “We should be operational by October and we will have the capacity to send out 550.000 parcels per day.”

The new centre has been built just off the A-30 highway in the Southeast business park at Valladolises in Murcia City.

The facility will be operational 24 hours a day with three work shifts using up 900 workers at a time.

Up to 1,000 robots will also be used to process orders with 13 kilometres of conveyor belts.

250 lorries per day will bring in goods each day for onward distribution.

The Murcia facility will be on a par to Amazon’s other two big centres in the Barcelona and Sevilla areas.

“We will continue to create good jobs and business opportunities and investing in the communities where we operate,” Fred Pattje added.

Internationally, the company has been criticised over its employment practices and treatment of warehouse workers and delivery drivers.

Late last year, unions at the Barcelona distribution centre launched a legal action against Amazon for allegedly spying on its workers.