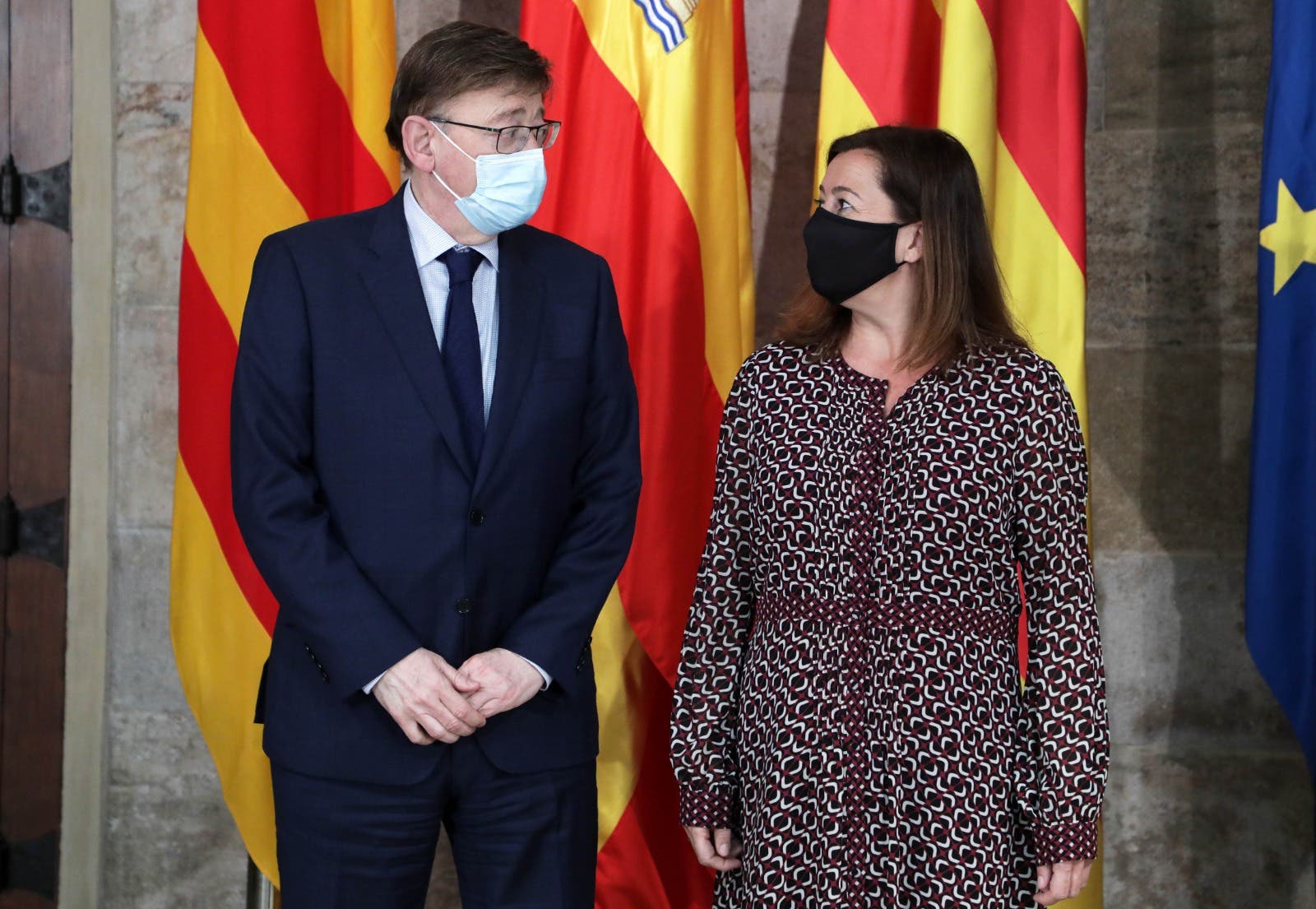 THE leaders of two of Spain’s most foreign tourist-dependent regions want the European Union to pay for free PCR tests.

The joint call came at a meeting today(April 21) between Valencian president, Ximo Puig, and his Balearic Islands counterpart, Francina Armengol.

They met in Valencia City with Puig saying that ‘there will be a summer’ and welcoming the EU health travel passport that launches next month.

He went a step further though by demanding subsidised PCR tests to help boost foreign tourism.

“For people who are yet to vaccinated and need to show that they are COVID-free, then a PCR test should be free and paid for by EU funds so that citizens can travel to another country, “ Puig suggested.

He said the subsidy was crucial due to the strong likelihood that many potential travellers, especially ‘younger people’ would be put off by the price of a PCR test that averages €120 per person.

“If vaccines are free, then PCR tests should be as well, “added Puig

Francina Armengol said: “Free testing will reactivate the economy of two regions that are very dependant on mobility and tourism.”

Their PCR call is almost certainly going to fall on deaf ears in the EU corridors of power with all of the focus on the vaccine passport which will be available digitally or as a paper document.