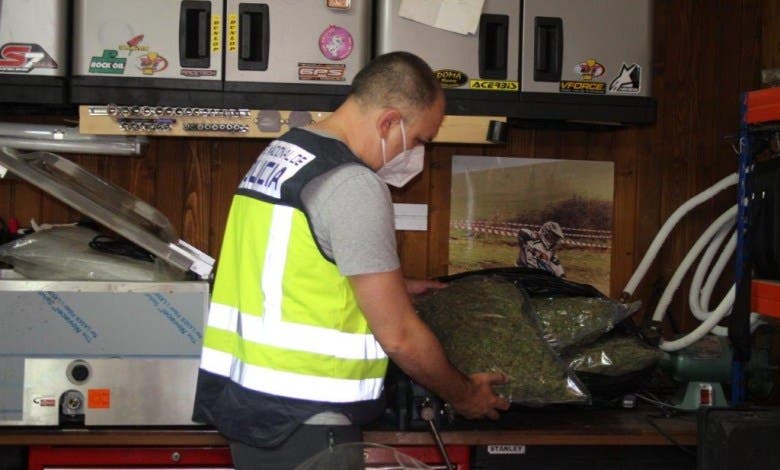 FOUR British people have been arrested in the Murcia region for using a Jumilla area farm to grow marijuana.

A high-tech cultivation system was used by the gang with the drugs destined to be sold in the UK.

30 officers from the Policia Nacional and the Jumilla Policia Local raided the finca last Tuesday(April 27) and took away the entire indoor crop.

20 kilos of marijuana buds were seized along with 120 plants; €3,500 in cash; four motorbikes; two cars; and an imitation firearm.

The arrested Brits are aged between 33 and 60 and have been charged with drug trafficking.

It’s unclear whether any or all of them were bailed.

The police said that the indoor marijuana farm was one of the most sophisticated they had come across in Murcia.

The latest brands of LED lamps and high-end humidifiers, fans, and extractors were all part of the cultivation area.

The gang even had their own generator to power up all of the equipment.

That was to avoid heavy use of the conventional electricity supply to avoid drawing attention to their illegal activities.