Home Other News Environment Survey names the cities in Spain under the biggest threat from major... 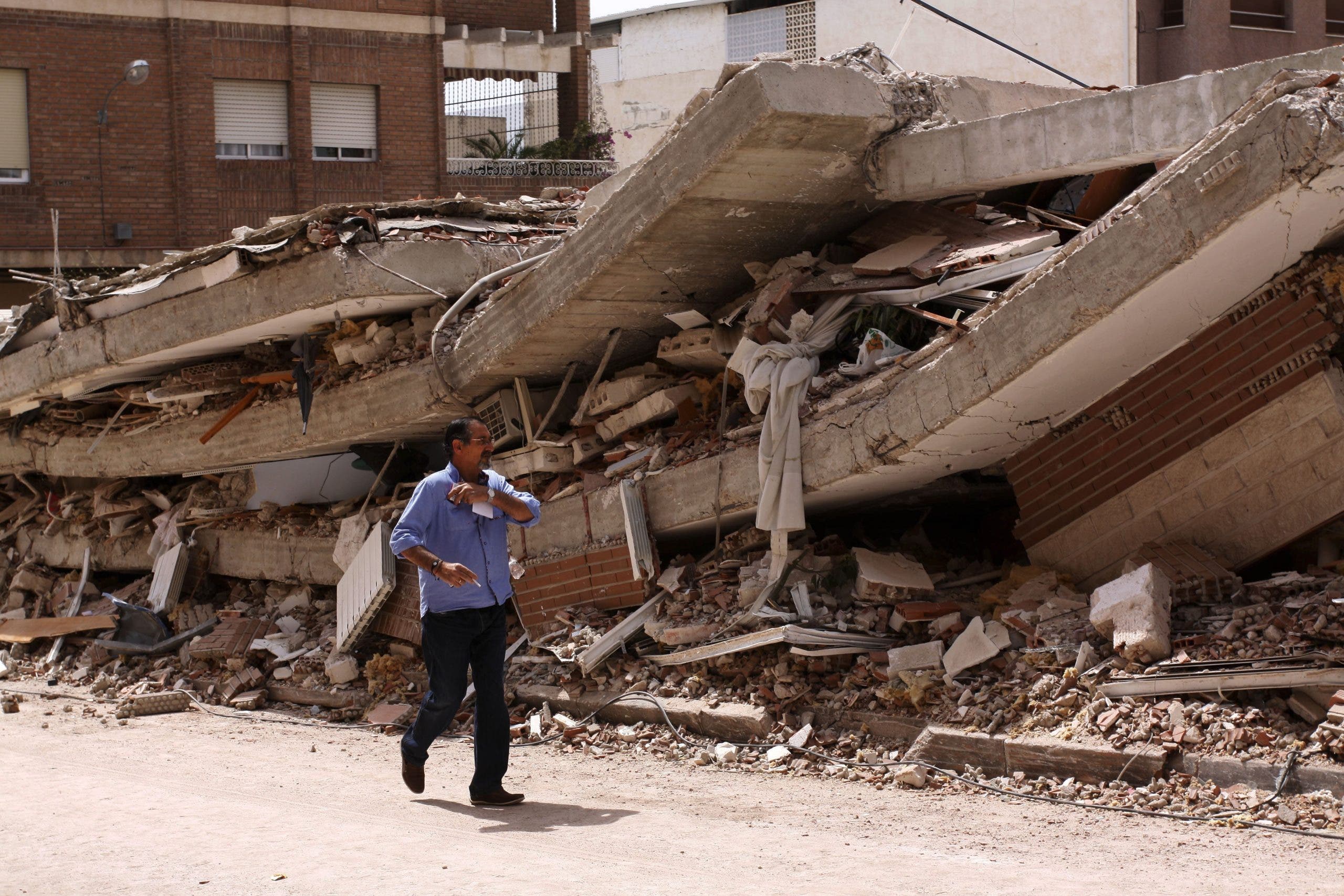 MURCIA and Alicante are the most vulnerable cities in Spain to possible earthquake damage, according to an Alicante University survey.

Researchers have examined the probability of reinforced concrete buildings collapsing in a tremor similar to that suffered in Lorca in 2011(pictured above).

They’ve produced an updated map outlining the consequences of a seismic shock based on the vulnerability of buildings and the history of local earthquakes.

The study suggests that building design improvements are most needed in Murcia and Alicante.

On the other hand, there are lower risk levels in other tremor-prone areas like Almeria, Granada, Malaga, and Valencia.

Using the Lorca disaster as a reference, the survey said: “Most of the buildings had reinforced concrete structures, which due to their design and the severity of the quake, were in serious danger of collapse.”

“Many of those structures had to be subsequently demolished with others refitted, which was a reasonable thing to do,” the report continued.

WHY SOUTH-EASTERN SPAIN SUFFERS FROM SO MANY EARTHQUAKES