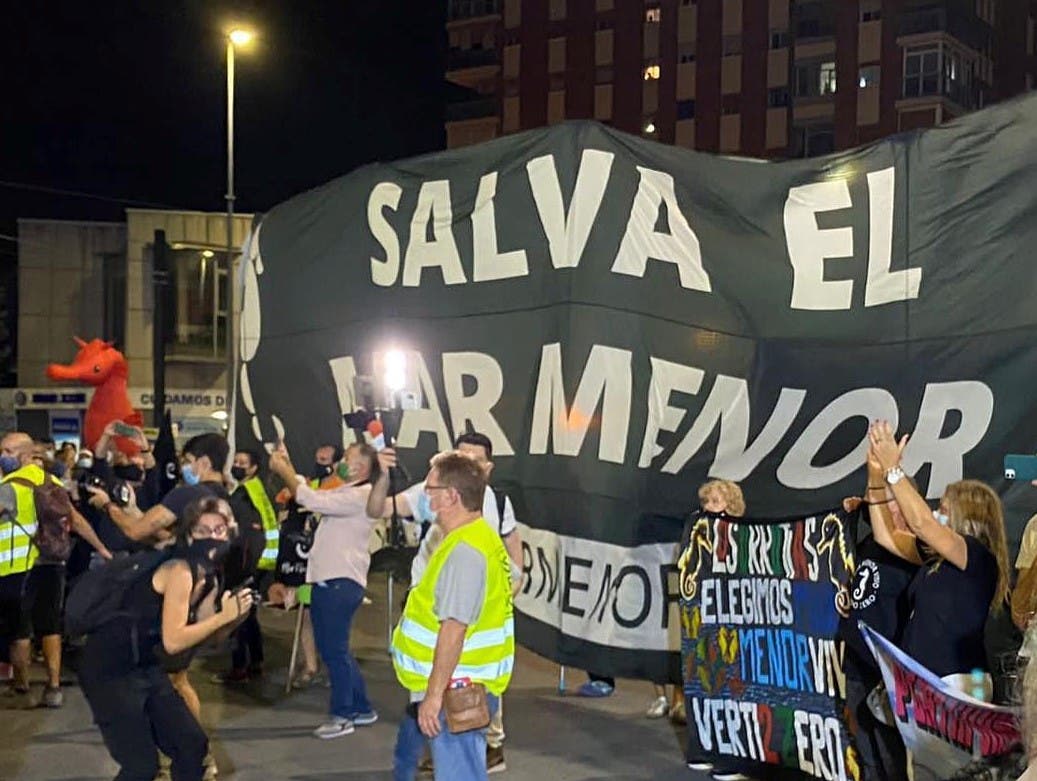 PROTESTORS hit Murcia City’s streets on Thursday evening(October 7) to call for action to stop pollution in the Mar Menor lagoon.

No official attendance figures were provided by authorities but organisers claimed that 70,000 people took part.

The demonstration was called by 200 local groups with participants coming from across Spain.

Thousands of dead fish and marine life appeared on lagoon beaches in August in a repeat of what happened in October 2019.

Environmentalists blame nitrogen-based discharges from adjoining farms for the problem.

That’s where the regional agriculture, environment and water ministry is based.

Protest organisers accused the Partido Popular-led government of ‘constantly lying’ about the state of the Mar Menor.

They said that politicians were ‘wasting’ public money on ‘useless’ measures that ignored the problem of illegal water discharges into the lagoon.

They also attacked the CHS water authority for not doing enough to deal with illegal irrigation.

One of the demonstration leaders was Ramon Pagan from the ‘Pacto por el Mar Menor’ group.

He said: “ The lagoon has not changed since the mass fish deaths of 2019 or from the invasion of mass green algae in 2016.”

“The regional government does not listen to us and does not deal with the source of the pollution”.