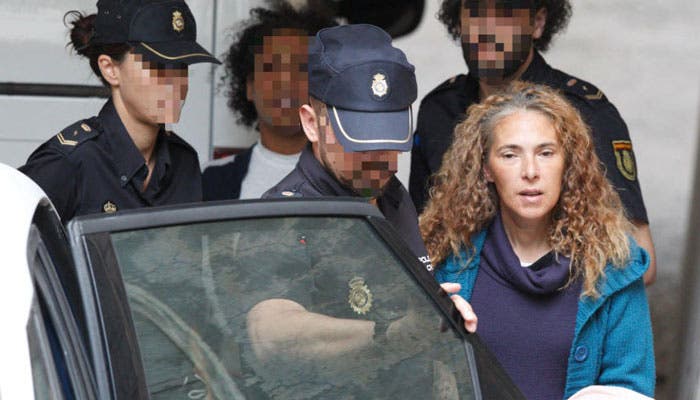 VALENCIA’S Supreme Court has extended a long prison sentence for a woman who murdered her husband of two weeks in an Alicante area car park.

Concepcion Martin, 49, nicknamed the ‘Black Widow’, was found guilty in October 2020 of stabbing her partner to death in August 2018.

Her caregiver, lover,and accomplice, Fernando Perez, was also convicted of the killing.

An appeal against the severity of their punishment saw them get an extra year each in prison.

The Supreme Court judges were not impressed that they wore dark clothes to disguise themselves at the crime scene.

Conception Martin now has 23-and-a-half years behind bars, with Perez one year less.

Martin got the ‘Black Widow’ label after three previous marriages, with one of her ex-partners suffering an unexplained violent death.

She lured her fourth husband, a 69-year-old lorry driver from Santander, to a car park overlooking the sea at Albufereta beach.

Martin told him that they were going to meet there to see ‘the stars and the moon’ ahead of a romantic dinner.

Love was not on the menu as the supposedly wheelchair-bound Martin mustered enough strength to get up to attack him with a screwdriver.

She then held him as Perez, 62, continued the onslaught with the same implement.

An off-duty policeman heard screaming and stopped the duo from fleeing.

Martin staged a stunt at an early court appearance in August 2018 as she was about to get out of a police van.

She spotted a group of reporters and told Policia Nacional officers that she unable to walk.

The officers simply hoisted her out and carried her into the Alicante courthouse.