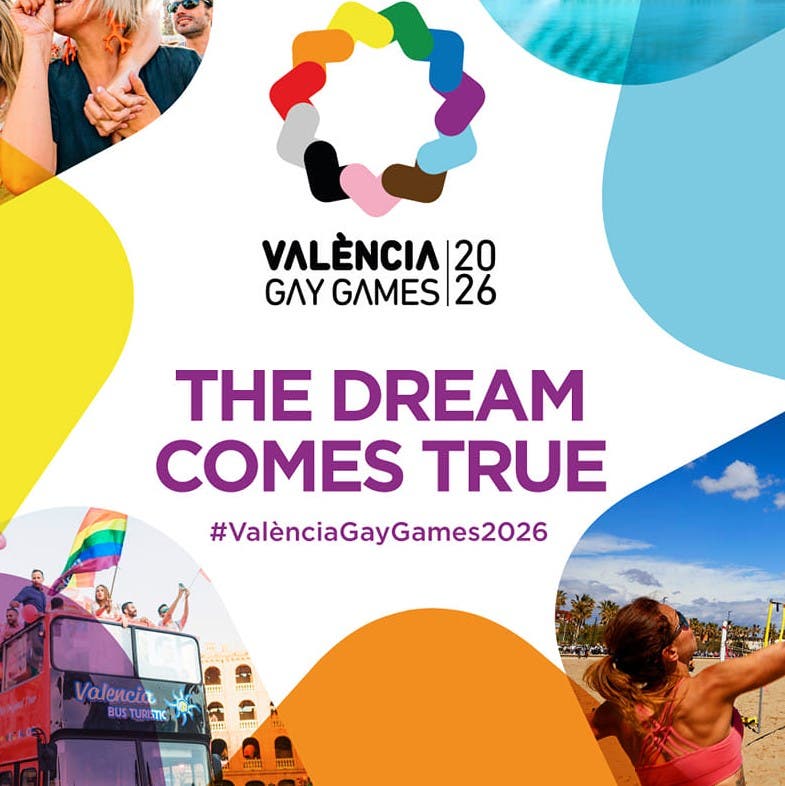 CONGRATULATIONS to Valencia for becoming the hosts of the 2026 Gay Games, which were first staged in San Francisco back in 1982.

They were created to allow openly gay athletes to compete in sports events without prejudice but 40 years on, it is astonishing how very few LGBTQ competitors there on the major sporting stage.

Equality has come on leaps and bounds down the decades but when Aussie soccer player Josh Cavallo came out as gay last month, he was the only current male professional footballer in the world to do so!

There’s loads of work to be done on that score but being gay myself, I’m pleased that Spain and Valencia will be holding the Gay Games in five years time.

I’d like to think that’s some kind of an acknowledgement of how good Spain has been in supporting gay and lesbian rights down the years, irrespective of which political parties have been in power.

The country was one of Europe’s first to allow same-sex civil unions, despite its staunch Catholic background.

Many areas stage Gay Pride festivals and in my 13 years living here as a gay man, I genuinely have yet to come across even the slightest bit of prejudice from a Spaniard.

It just hasn’t been an issue compared to slightly nervous evenings with my partner waiting inside a packed UK taxi office, crammed full of drunks staring at us as if we had committed a capital offence.

I’ve not encountered that attitude here with the only rare instances of prejudice coming from a very tiny handful of inebriated British expats or holiday-makers(all elderly).

They’d produce a snide comment that they think is funny but would not have me rolling in the aisles with laughter, as I resort to clenching my teeth to avoid saying something that could escalate the situation.

In contrast, Spanish kindness was exhibited about six years ago when my partner was punched in the face by a group of non-Spaniards/non-Brits on holiday in my area.

It was a hate crime and the Policia Local could not have been more caring.

Their concern was bettered by the Guardia Civil with two wonderful officers taking a statement and showing their displeasure at what happened.

One of them said that ‘they don’t tolerate this’ around here and he took the proverbial and jovial Mickey out of my not-unreasonable Spanish language skills.

The yobs were never caught but I never forgot the kindness from the Guardia and their views on prejudicial behaviour.

We may have struck lucky with the officers, but their attitude typified my sense of the Spanish take on gay people, despite one or two well publicised national incidents this year.

I don’t think those aggressions are typical and I suspect and know that Valencia will roll out a very warm gay welcome come 2026.