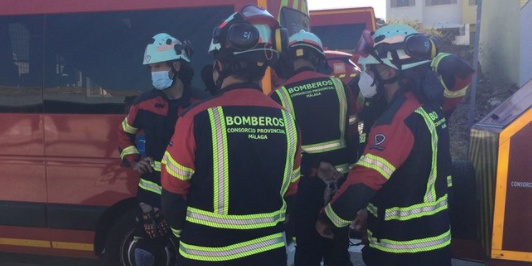 A MAN was treated in hospital after an early morning fire at a home in Ronda.

Emergency services were called to the building in Plaza Peninsula Iberica shortly before 1.45am on Wednesday.

The alarm was raised by a frantic neighbour who called to report a blaze tearing through the ground floor where a person was trapped inside.

Fire crews were able to save the man and he was taken by ambulance to the Serrania de Ronda Hospital.

He is currently receiving treatment for smoke inhalation and burns to his hands.

The road was closed for several hours after the blaze.

It is not believed to be suspicious.