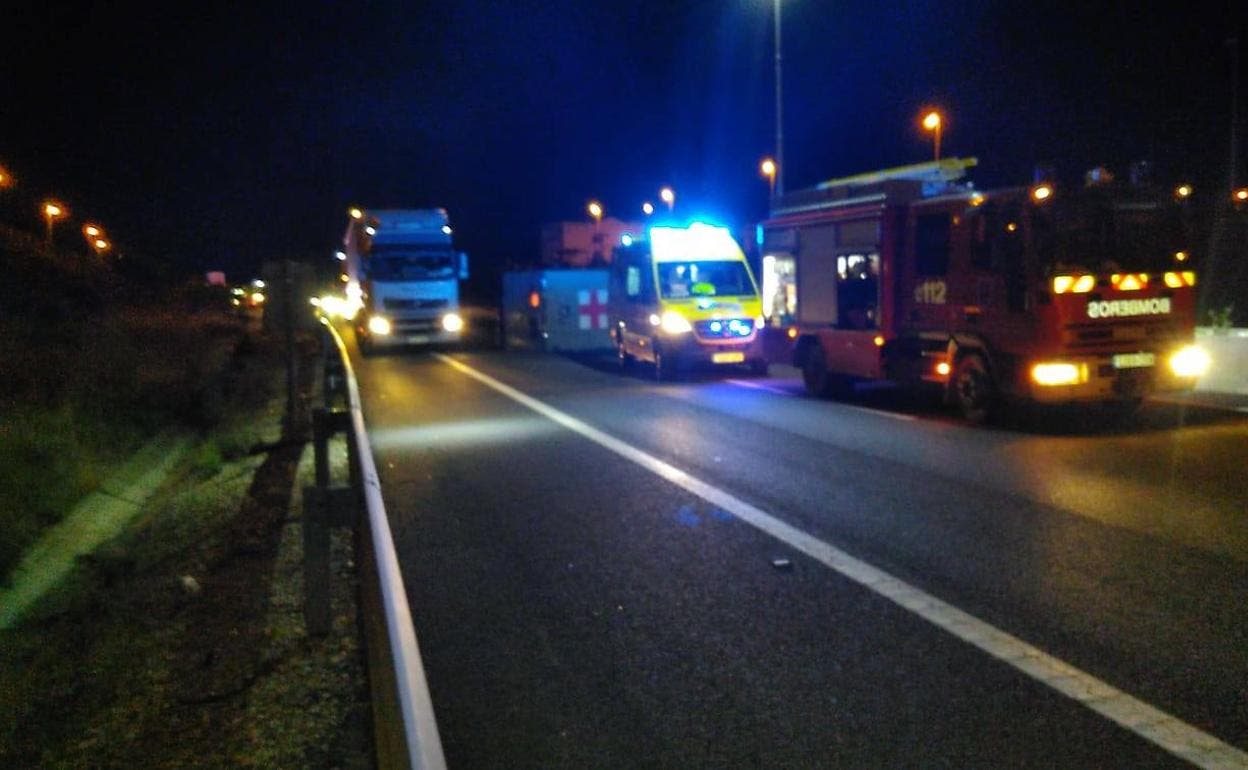 A horrific motorway accident in Murcia killed a boy, 13, one of triplet brothers travelling with their parents in a car.

His mother, an Alicante police officer, and one of the boys were taken to Murcia’s Virgen de la Arrixaca Hospital following Monday evening’s incident involving a lorry on the A-7 near Librilla.

The father and a third boy were treated by paramedics and were relatively unharmed.

It appears that the family’s car was travelling between two lorries on the motorway at around 9.30 pm.

The lorry behind the car drove into the vehicle and overturned.

It then dragged the car, with the family inside, for around 50 metres.

The lorry driver was also taken to the Virgen de la Arrixaca Hospital.

No further details have been released by emergency authorities.