ANOTHER of Spain’s biggest estate agents is fighting for its life.

Viva Estates has shut 95 per cent of its offices in a bid to fight the current recession.
The agency – that claims to be the Costa del Sol’s largest – has laid off 120 of its 160 staff.

It’s owner Chris McCarthy admitted to the Olive Press: “We have had lots of tears and goodbyes and it could get worse.”

The company has seen sales figures drop by over two thirds since 2003.

In a desperate bid to save the business, it has shut 13 out of its 14 offices, including flagship branches in Puerto Banus, Fuengirola and Alhaurin, and cut back on its huge UK advertising bill.

Blaming the collapse on the internet and the corruption scandals that have engulfed Andalucia, McCarthy, said: “No business has God’s given right to survive and there is a serious downturn.

“We could have gone to the wall half a dozen times, but I have invested a lot of money – well past a seven figure sum – to keep it going.”

Talking exclusively to the Olive Press, he continued: “The boom brought a lot of cash to the Costa del Sol and every Tom, Dick and Harry coming in to try and make money.

“But most clients now use the internet and where offices were getting an average of 60 walk-in clients a month five years ago, last year they got just six.

“With various town halls raping their coffers to the tune of hundreds of millions of euros it has not helped.”

The company is now functioning on a skeleton staff of 40 from the main office in El Rosario, between Marbella and Calahonda.

But McCarthy is still optimistic that the company will survive. He has paid redundancy to around 75 per cent of his staff.

“I have invested a lot of money in the company and intend to keep it going.

“I am optimistic that we will still be here when the market comes back. I lived through the last boom, when no-one had any money and everyone drove old bangers.

“People still love it here, the sun is still shining, and I still believe in Spain and the Costa del Sol and inland. I’m sure it will bounce back.” 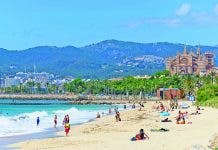 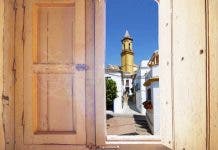 ‘Real estate’ in Spain will live up to its name and hold firm during the COVID-19 crisis, predicts agent Adam Neale