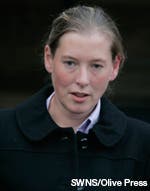 A BRITISH woman accused of allowing 16 horses to starve to death in Cadiz has been found guilty of cruelty in the UK.

Suzanne Wynne Jenkins was described as “deluded” as a court banned her from keeping horses in the UK for two years.

Jenkins – whose thoroughbreds are still part of a desperate rescue effort in Spain – was convicted of three counts of causing unnecessary suffering to horses.

The 33-year-old, who lives on a farm near Medina Sidonia, was also found guilty of four charges of poor husbandry, under the 2006 Animal Welfare Act.

The court heard how a quarter of the 49 horses she kept at her stables in Kilcot, Gloucestershire had fallen into an “extremely poor and distressing state”.

Jenkins, who has an Equine Science degree, was cleared of a fifth husbandry charge.

The Olive Press revealed in August that 16 horses had been found dead at her farm Finca Fiscal, near Medina Sidonia.

A further 36 prized Trakehners – worth up to 15,000 euros each – were facing being put down by the authorities.

After a huge rescue effort by animal charities, it is hoped that the majority of animals can now be saved.

After the verdict the RSPCA revealed that the case in the UK “paled into insignificance” in comparison with Spain.

Incredibly, the ban does not stretch to Spain so Jenkins can effectively continue her business, until the Spanish authorities take appropriate action.

District Judge David Parsons said that while he had no doubt that Jenkins had a “passion for horses” she was “overwhelmed” by the task of running such a large stables.

The overall picture was one of “chaos and mismanagement” in which, faced with mounting debts, Jenkins first relied on her parents remortgaging, then cut down on feed.

With her background and qualifications she had little excuse for such an understaffed and “poorly-run yard”, he said.

He added: “You deluded yourself that you were able to cope, mistakenly believing you were highly organised. You clearly underestimated the scale of your task and overestimated your own ability.

“You met costs through your parents remortgaging. This was a failing business. There was debt to the vet and no income for yourself. Feed was the largest overhead and vulnerable to being reduced in those circumstances.”

She has also lost five horses under a Deprivation Order.

She said she did not accept they had been caused unnecessary suffering.

“She gave various explanations, in particular that some had a virus, and others had medical conditions and generally that horses had various ‘ups and downs’ as they were growing, causing them to be underweight.”

Tragically, Jenkins offered a similar excuse to the Olive Press after we discovered that 16 of her 52 horses had died earlier this year in Cadiz.

She insisted that none of them had died of starvation, but in fact of a “water problem” and from a delivery of hay contaminated with small thorns. “It was impossible to detect but when the animals ate it they got a mouthful of thorns and couldn’t eat,” she said.

Her claims however, were rubbished by animal rescue group CACMA , as well as a local vet, who insisted they had died of starvation.

The vet, based in Medina Sidonia, said: “After one of them died I told her they were not getting enough food. They were too thin. She was clearly having a difficult time with money. I suppose she has not been feeding them properly through a lack of money.” 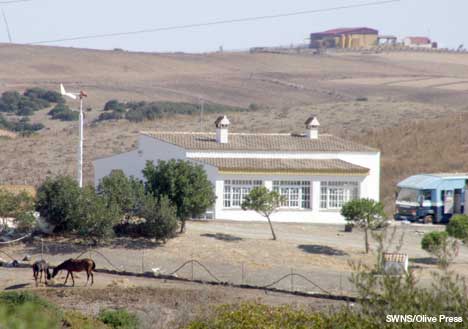 Jenkins’ farmhouse in Medina Sidonia with some of the surviving horses

Antonio Moreno, of CACMA, said: “When we got there one horse had just died while a colt was on the verge of death. Many other horses were unable to stand. It was horrific.”

The investigation continues in Spain.